2016 Chevrolet Volt On The Road In Canada - Photos 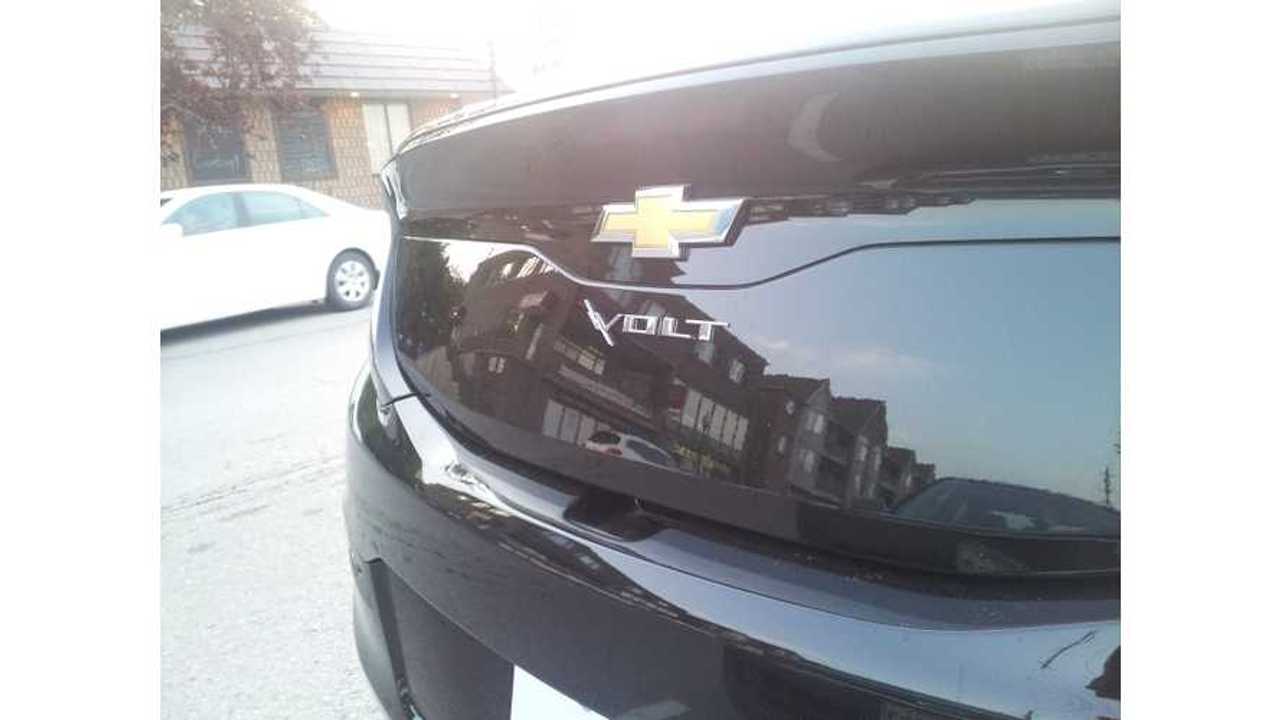 2016 Chevrolet Volt Out For A Spin

So I was out and about in the GTA (Greater Toronto Area) and figured we would share a picture or two for those of you who might want to see what the 2016 Chevrolet Volt looks like with a front license plate attached, or just know that yes indeed there are Volts on the road today in Canada.

As the pictures also prove, InsideEVs has convinced General Motors that "yes, black is the only appropriate color for the new Chevrolet Volt and all plug-ins now sold in Canada will be black"*

Also, as dedicated readers (and true EV enthusiasts) already know, black EVs not only look better, but allow the car to travel much faster and further on electricity than all other colors.  Additional scientific fact: drivers of black cars are at least twice as cool as those found in light blue cars.