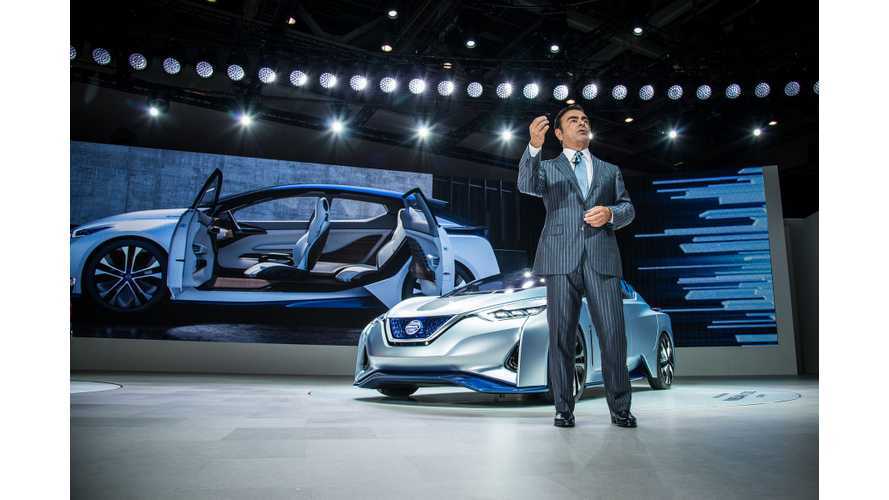 Carlos Ghosn had a Q&A session at the 2015 Tokyo Motor Show, which brings us a few more insights on what's going on with his companies, and the plug-in segment.

The first is that the Renault-Nissan Alliance is considered a success and will be strengthened, but Renault and Nissan will stay in partnership relations. The two automakers won't fully merge.

In the case of EVs, Ghosn repeated previous statements that the Alliance is focused on mass market and will not introduce a product to compete with Tesla. Premium EVs are not the priority .

But the Renault-Nissan Alliance will probably explore the small electric SUV/crossover segment at some point in the future.

The big thing for The Alliance is to be autonomous driving developments (Nissan will be ready by 2020 for city driving) with Japan to be the leading market, but a lot depends on government approvals and up-to-date, precise cartography around the world.

"Carlos Ghosn, CEO of the Renault-Nissan Alliance, held a media roundtable at the Tokyo Motor Show today. At the roundtable, he took questions on the Alliance’s autonomous drive strategy, the future of diesel engines and the outlook for the Chinese, Brazilian and Russian markets, among other topics."