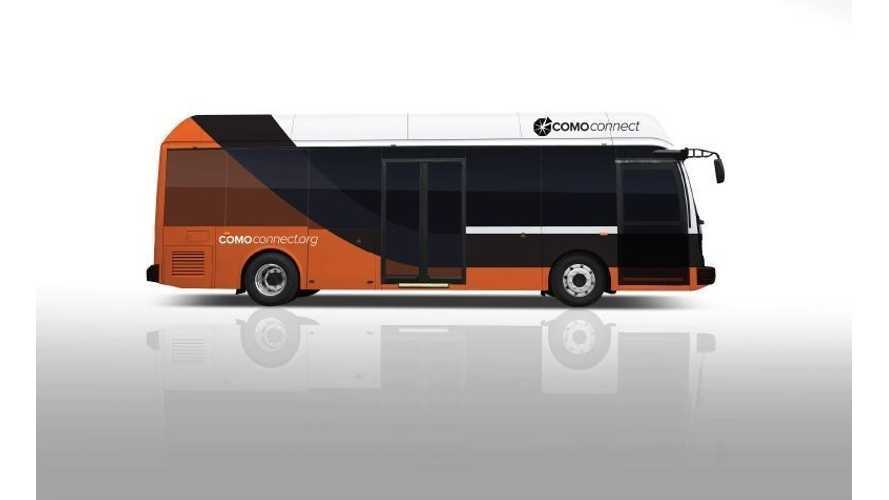 COMO Connect in the City of Columbia, Missouri joins the electric revolution by including in its bus fleet four EVs.

On September 1, COMO Connect will take delivery of its first electric transit 40' bus made in California by BYD, which will be used to experiment on a number of different routes around the city, namely the #1 Black Core Connector, one of the city's longest and most popular bus routes.

After that, three more electric buses will enter service on December 1, but those will be shorter buses (30 feet long). COMO Connect intends to use them for commuter shuttles, through Columbia's smaller neighborhood routes, including the downtown orbiter.

"This is a historic moment for both the city of Columbia and the state of Missouri. This decision by the City of Columbia and COMO Connect is yet another example of the forward-thinking attitude towards technology and transportation that contributes to making Columbia great. I could not be more proud."

Drew Brooks, Multi-Modal Manager of the City of Columbia remarked:

"Our decision to go electric extends far beyond cleaner air and doing the right thing. These buses are incredibly quiet, and will drastically reduce noise pollution along the routes. Additionally, they will save Columbia hundreds of thousands of dollars in fuel and maintenance costs and enable us to begin other improvements to our system even sooner."

"We could not be more excited to be working with COMO Connect, and the city of Columbia. Cities like Columbia, with such a picturesque downtown and an involved community really appreciate the value of a well organized transit system. I am excited to see them join the leading edge of transit technology by purchasing these buses that will make their system cleaner and quieter for everybody."