Porsche Blinks On Panamera Plug-In Pricing Again In Canada - Cuts Another $3,400 Off, US Next? 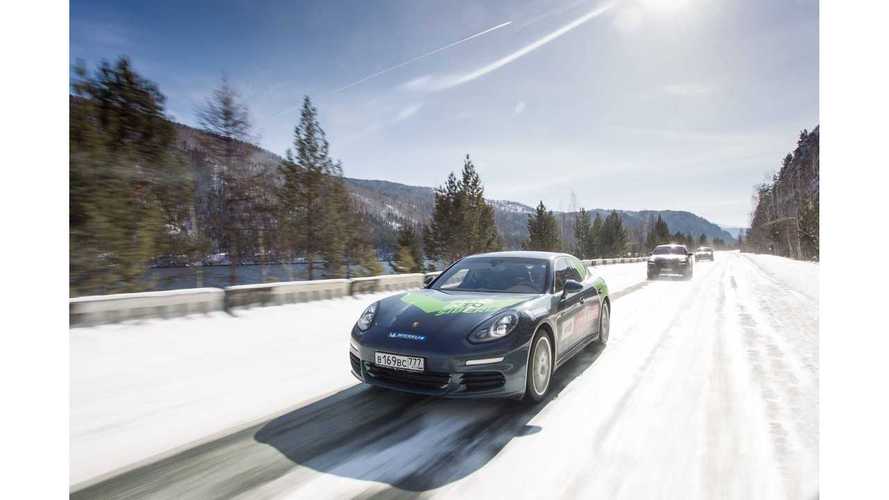 The Panamera S e-Hybrid was an "OK" seller for Porsche in North America when it first launched in 2013.  Then then Cayenne S e-Hybrid debuted and future sales were all shot-to-heck.

Perhaps not unexpectedly, the result was a thwump (technical term) in sales for the Panamera S e-Hybrid.

Average monthly sales results for the Panamera PHV dropped from about 100 sales per month in North America (pre-Cayenne plug-in) to about 40/month thereafter.  So far in 2015 (through October), just over 1,000 electric Cayennes have been sold in North America versus ~400 Panameras.

Could a re-alignment of US pricing be far behind?  The only issue of course, is any reduction would price the plug-in Panamera S under the standard S.

MISSISSAUGA, ON, Nov. 9, 2015 /CNW/ - Porsche Canada announced today that it had lowered the starting price of the Panamera S E-Hybrid for 2016 model year, effective immediately. The first plug-in hybrid vehicle in the luxury segment will now be offered starting at $106,600 – a reduction of $3,400 compared to the 2015 model year.

This adjustment effectively brings the price in alignment with that of the Panamera S. Now, the Panamera S E-Hybrid represents an even more compelling choice in the segment, offering such quintessential Porsche traits as style, performance, quality, and impressive efficiency of its advanced powertrain.

The hybrid tradition at Porsche extends back to the year 1899 and to the Lohner Porsche – the world's first vehicle to have a battery-powered electric drive as well as a combustion engine, which was designed and built by Ferdinand Porsche. The Panamera S E-Hybrid set standards worldwide as the first plug-in vehicle of the premium class. The 2016 Cayenne S E-Hybrid follows, transferring forward-looking technology to the premium SUV segment. Extraordinarily powerful hybrid technology was also featured in the 918 Spyder super sports car. This car serves as an example of technology transfer from motorsport to production cars: the most advanced form of hybrid drive technology is currently implemented in the 919 Hybrid race car, winner of the Manufacturer's title in the 2015 World Endurance Championship.