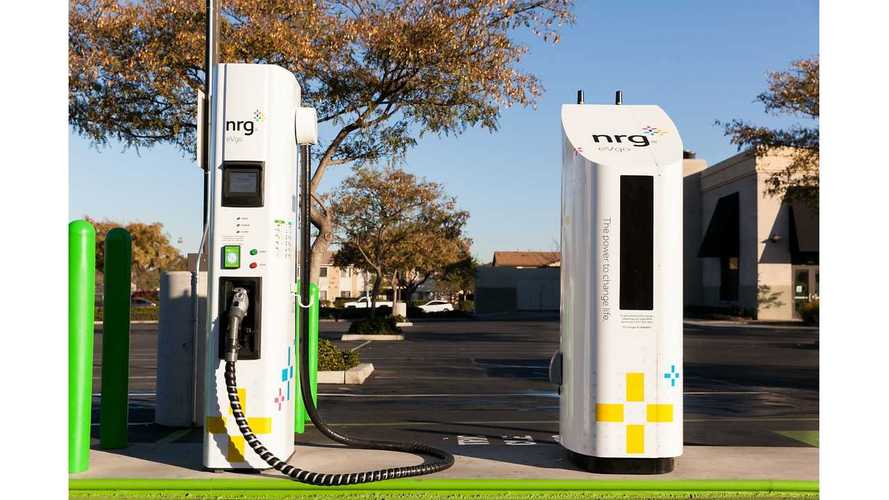 NRG EVgo announced that after a detailed analysis of 10 EVgo Freedom Station sites at Whole Foods Market locations in the Bay Area, that besides a significant increase in charging (by 191% year-over-year), it turns out that DC charging trampled AC charging.

Each Freedom Station is equipped with a DC charger and an AC station, and DC:AC preference is 12:1 comparing the number of charging sessions - which kind of makes sense when you think about quickness/desirability factor of the two platforms.

"The Whole Foods Market Fremont location is the busiest DC fast charger in the national EVgo Network. In September of this year alone it provided 1,452 DC fast charge sessions. On average that amounts to 45 sessions a day at that Freedom Station® location. Most EV drivers can get a nearly full charge in less than 30 minutes with DC fast charging meaning that station is in use dependably and almost continuously!"

"There are now a total of 13 Bay Area Whole Foods Market EVgo Freedom Station® locations which offer both the CHAdeMO and CCS DC charging standards as well as Level 2 charging. Since they began operation they have had a dramatic impact on the environment.

"In Redwood City, at the Whole Foods Market Freedom Station® the number of fast charge sessions jumped from 21 in March to 393 in September which is an increase of 1700%."

“This kind of explosive growth shows that the EVgo strategy of putting the highest quality fast chargers in the highest demand locations is setting the standard for electric vehicle charging."