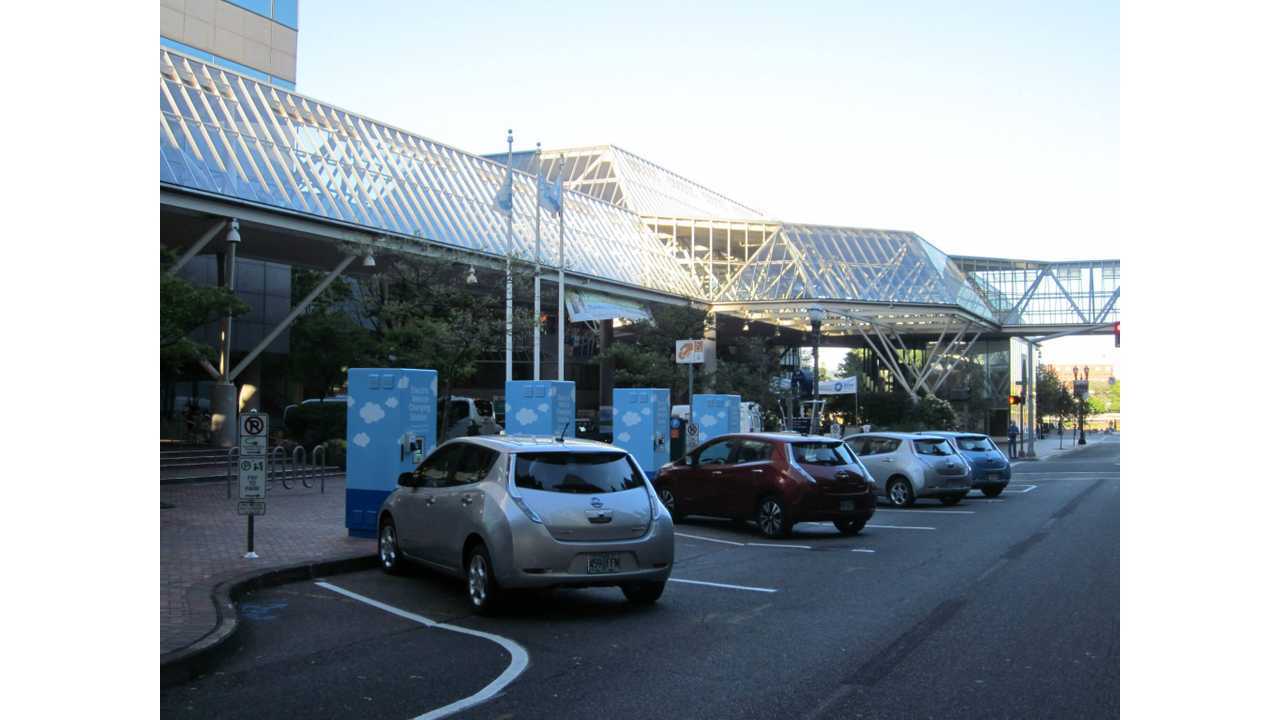 The Electric Avenue was a very interesting project, which began in the early days of the modern electric car in the US in August 2011, as a joint research venture between Portland State University (PSU), Portland General Electric (PGE) and the City of Portland. In mid-2011, Oregon had just 500 EVs.

In the heart of PSU, there were seven free AC Level  2 charging stations from different manufacturers, acting as a demonstration.

In June of this year, the charging stations were dismantled as space was needed for construction of a new School of Business Administration building.

Electric Avenue is not becoming a part of history though. Instead, it's changing places to World Trade Center Portland at 121 SW Salmon Street.