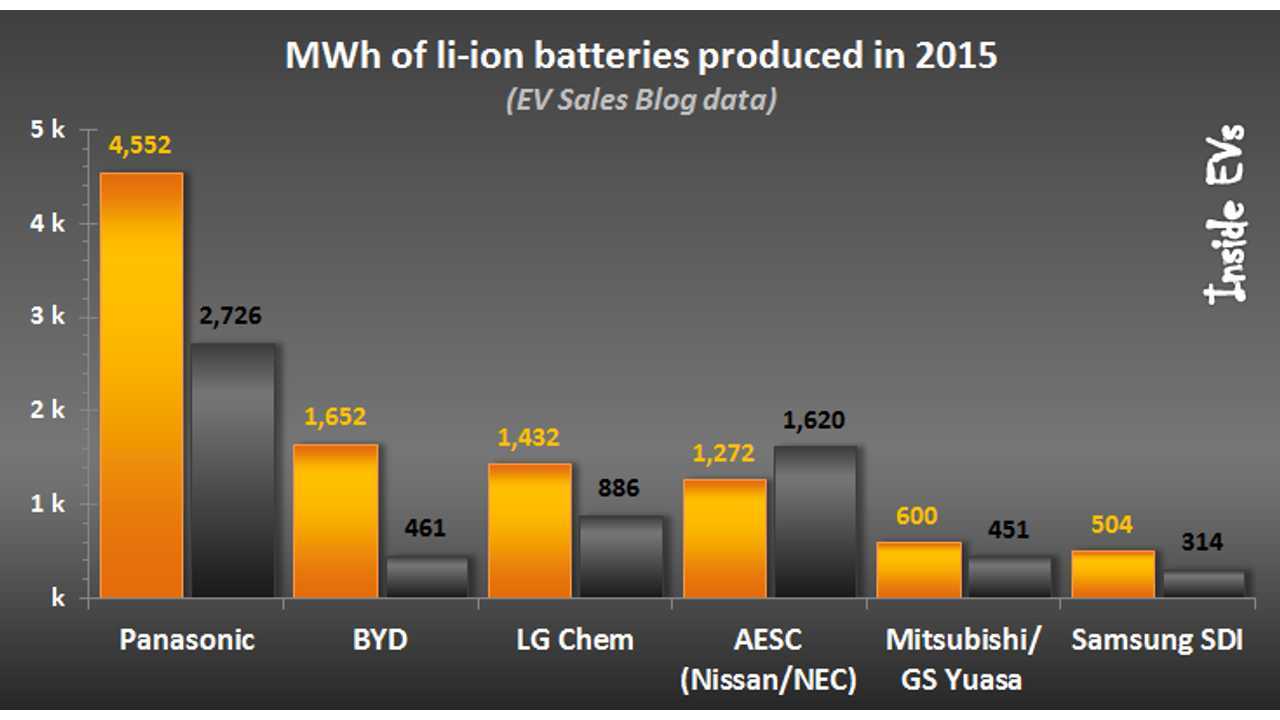 According to estimations, three lithium-ion battery suppliers - Panasonic, BYD and LG Chem - delivered nearly two thirds of all lithium-ion cells for electric cars (out of some 13 GWh total).

Top six - including AESC (Nissan/NEC), Mitsubishi/GS Yuasa and Samsung SDI - takes some 84% of the market.

The largest player was and continues to be (with similar 38% market share) Panasonic, which supplies Tesla Motors as well as some other companies (such as plug-in ramping, Volkswagen). Panasonic delivered over 4.5 GWh of EV li-ion batteries in 2015.

Chinese BYD supplies mostly its own electric car and buses, which makes its pace of growth even more amazing - up over 250% up in one year and second place at 1.65 GWh.

BYD was even able to take second place from LG Chem, which can boast the largest future portfolio of automotive customers, but without that significant demand just yet. LG Chem exceed 1.4 GWh.

AESC (Nissan's JV with NEC) stepped back a bit in 2015 to less than 1.3 GWh, as LEAF sales decreased significantly prior to 30 kWh version launch. From the same reason, results could now improve, if only due to 30 kWh cars selling as well as the previous 24 kWh editions.

Lithium Energy Japan (Mitsubishi's JV with GS Yuasa) is supplying mostly 12 kWh pack for the Outlander PHEV, which is enough on its own to hit the top 5 with 0.6 GWh.