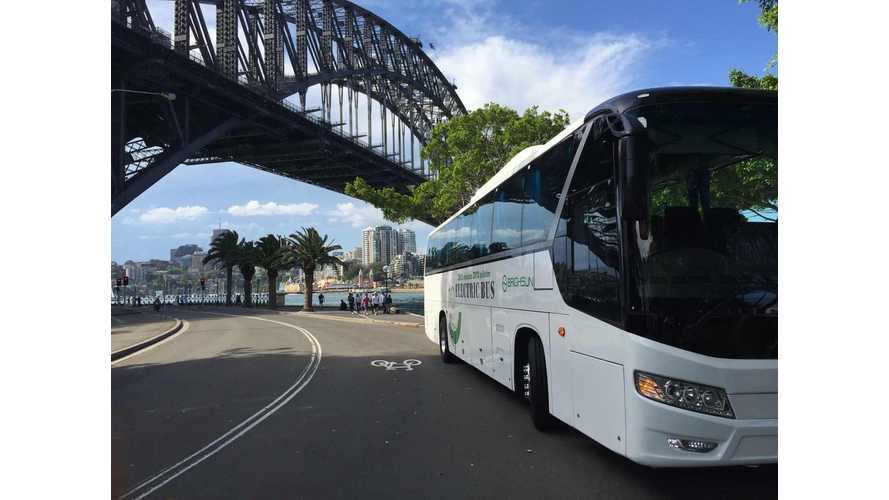 Brighsun New Energy, one of the many Chinese companies engaged in the manufacturing of electric buses, stated an unbelievable record of 1,004 km (623 miles) covered on a single charge by a prototype Brighsun Avass Touring Coach from Melbourne to Sydney in Australia.

If that's true (we are struggling to find more data), that would be twice the range of any other EV bus record (even considering potential low-speed driving).

Brighsun New Energy's could be using some range-extending tricks in the prototype that would not be found in real-world use (or production buses), so we are cautious about the 1,000 km range bus, as well as 1-hour fast charge.

On the other hand, One Step Off The Grid said that the 1,004 km range is officially certified:

Federal environment minister Greg Hunt attended the launch, and confirmed that the bus was officially certified, to international standards, to drive a huge 1004km on one charge."

"The buses run on a high performance lithium-ion battery combined with proprietary eMotor, battery management and a regenerative braking system.

Brighsun CEO Allen Saylav, also a director of the Society of Society of Automotive Engineers Australasia (SAE), said the technology behind the bus – in development for four years – had evolved from a desire to deliver clean, sustainable public transport options."

Source: One Step Off The Grid via EV Obsession