Netherlands Was The PHEV Capital Of Europe For 2015, But Quickly Bottomed Out In 2016 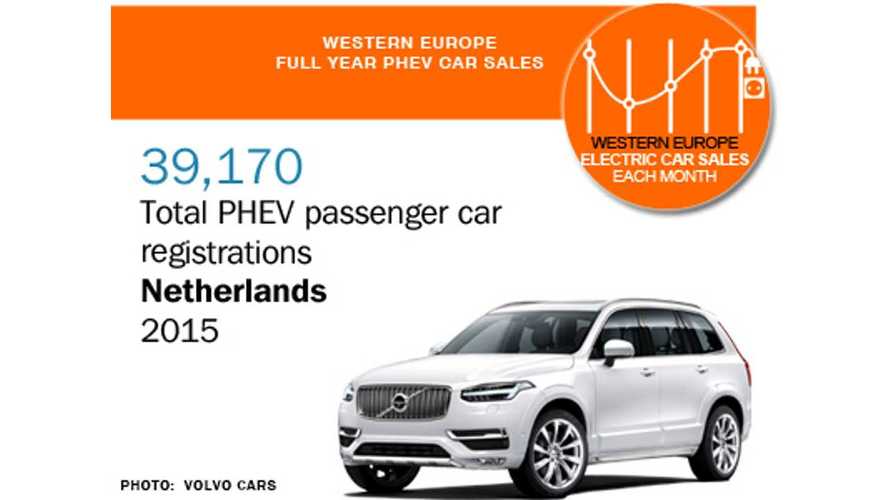 Not strange taking into consideration that in 2015 Netherlands recorded highest number of passenger plug-in car  registrations (over 43,000) of any country in Europe, and more than 39,000 were plug-in hybrids.

Nearly 10% market share for plug-in electric cars and record sales for country with population estimated at some 17 million is an achievement.  Netherlands estabished strong incentives for PHEVs, unfortunately changes to less favorable programs in January 2016 have already resulted in the loss of the country's plug-in sales crown.

"Last years breakneck pace of growth, albeit from the very low levels seen here the previous year, is due mainly, if not entirely, to last years sizzling PHEV demand in the Netherlands.

The PHEV hangover was fully visible in January (as demonstrated by  EV Sales Blog stats above), as total sales fell from nearly 16,000 to less than 600.