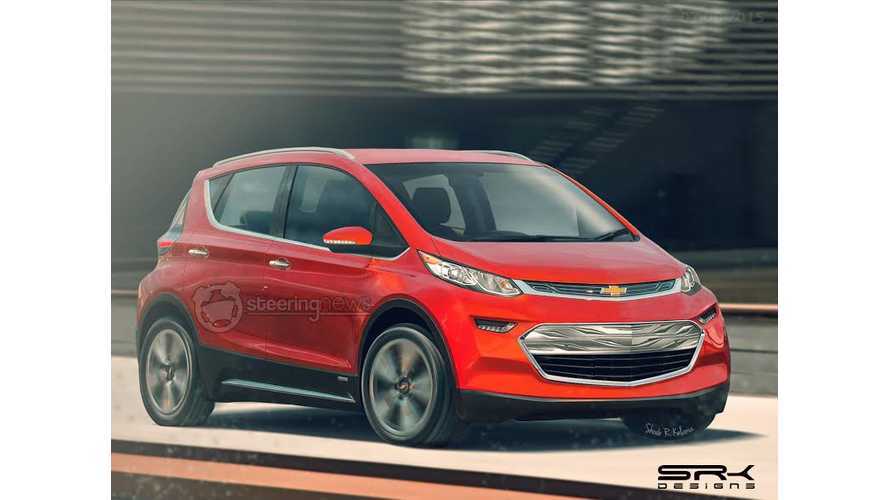 When General Motors unveiled the 200-mile, affordable electric Chevrolet Bolt concept, the automaker made it known that much of the exterior design of the car was completed.  This means that we should expect only a few outside changes when the Bolt goes into production.

With that in mind, we think that SteeringNews.com's rendering of the production Bolt is basically spot on.  See that 2016 Volt-like front grill?  Other changes include some headlight redesigning, some minor front-end tweaking and a move to a metal roof (instead of all glass, as seen on the concept).

"The production version is expected to be nearly identical to the concept and digital artist Shoeb Kalania has depicted his impression of the same in a new rendering (featured image). Changes speculated include a restyled front bumper and grille, slightly bigger headlamps, bigger ORVMs and different LED taillights. The Bolt EV will have support for DC charging and will offer a range of over 200 miles (322 km)."