UK Plug-In Electric Car Sales Up In October, But Just By 7% 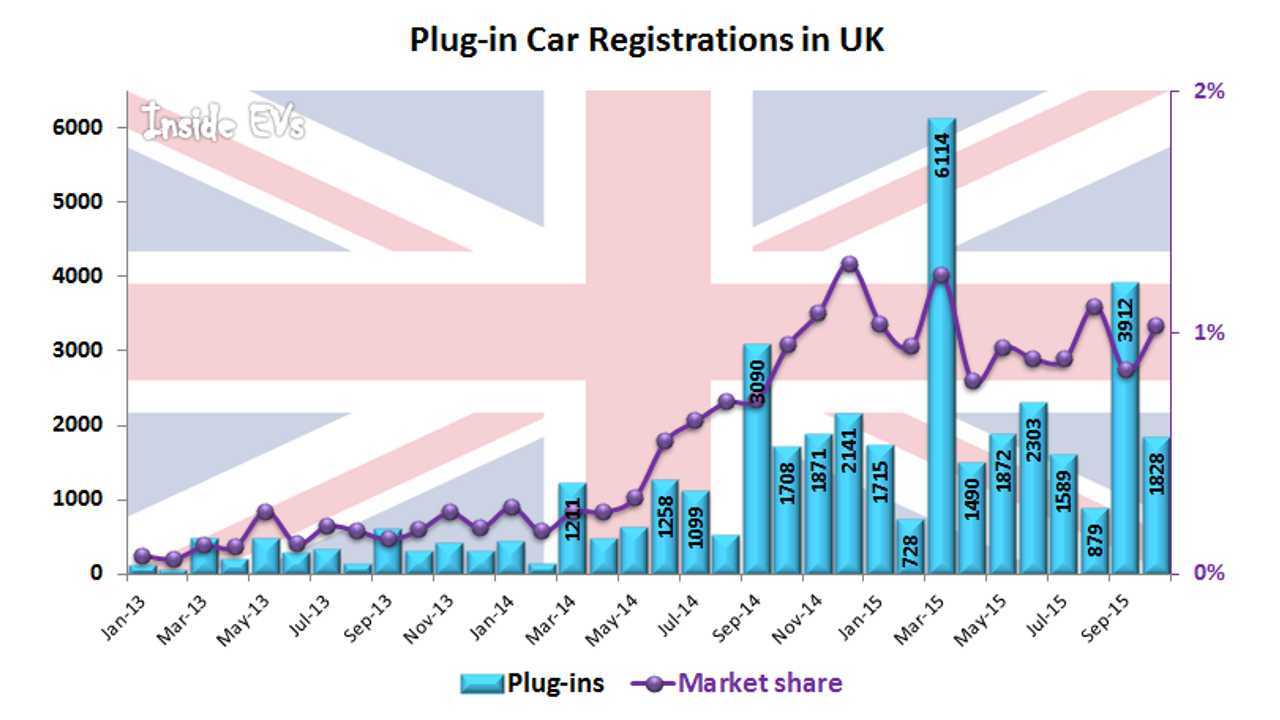 The British plug-in electric car market was above 1% market share in October and noted probably its 38th consecutive month of growth year-over-year.

The bad news is that 1,828 registrations is just 7% up - the slowest pace of expansion over the last three years.

The new 2016 Mitsubishi Outlander PHEV (number one in sales right now in the UK) hopefully will help to restore the high growth.

Through February 2016 there will be no changes in the Plug-In Car Grant.