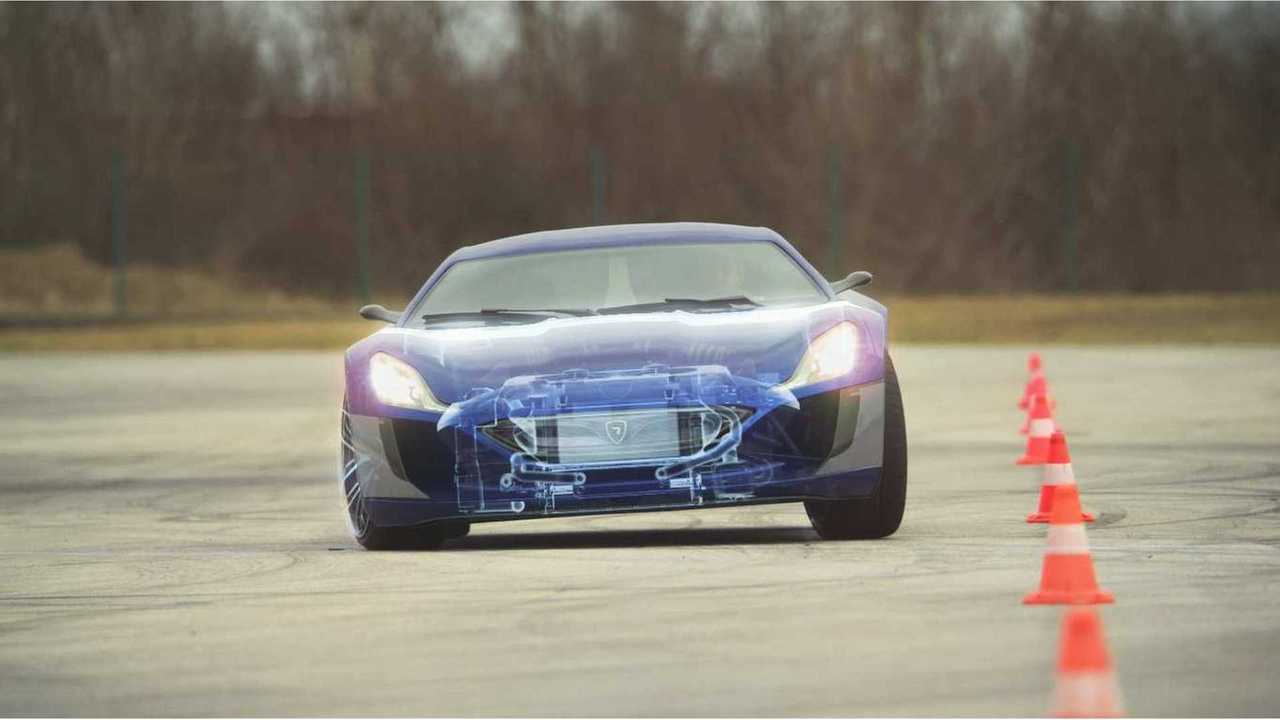 Rimac Automobili, a Croatian company that few years ago introduced the Concept_one electric supercar with 1,088 hp, and who also recently announced intentions to double its workforce this year,  presented recently one of its main systems - the Rimac All Wheel Torque Vectoring.

Torque vectoring is electronic control of motors (four in the case of the Rimac), that enables to automatically adjust torque (up to 100 times per second) for each wheel independently, depending on the situation: speed, acceleration, traction, steering angle, and more.

It can not only change the torque up or down, but manage to accelerate one wheel while at the same time slowing the other.

That's provides ultimate agility and increases safety - pretty useful if you have 800 kW under the foot.

This system precisely controls the torque of each motor 100 times per second. By utilising the data from various precise sensors placed throughout the car and advanced control algorithms, it can use the maximum grip of each tire, thus providing superior dynamic characteristics. RAWTV has various modes that give the car multiple characters, depending on the driver’s preferences and abilities. For example – the driver can choose an “oversteer mode” where the system helps skilled drivers to slide through corners. RAWTV not only changes the character of the car under acceleration and braking but also acts as a dynamic stability control system. Compared to the conventional systems where hydraulic brakes are used to stabilise the vehicle, the RAWTV takes advantage of the use of electric motors. Changing the torque more than a 100 times per second on each wheel, RAWTV covers the functionalities of traditional ABS and ESP systems faster and more efficient than ever before while delivering a whole suite of new functionalities and possibilities. Combining high safety levels with superior performance, Rimac All Wheel Torque Vectoring brings a brand new electrifying driving experience.

With 1088 HP and 1600 Nm of torque the Concept_One accelerates from 0-100 km/h in 2,8 seconds and reaches the limited top speed of 325 km/h. Thanks to the highly sophisticated liquid cooled battery system that can deliver more than 800kW of power, it can reach up to 330 km on a single charge. Rimac All Wheel Torque Vectoring was developed for the Concept_One, but this system was also implemented in the Tajima Rimac e-Runner, a racing car that Rimac Automobili developed for Monster Sport. Nobuhiro Monster Tajima completed the Pikes Peak International Hill Climb race in the Tajima Rimac e-Runner finishing the race in front of all race cars with internal combustion engines. This was the ultimate proof of RAWTV’s efficiency and superior characteristics.