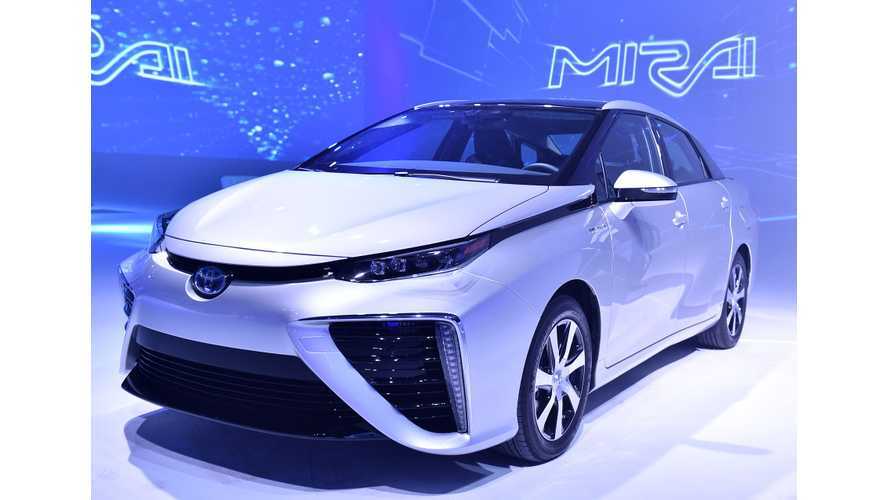 In 1999, ARBÖ awarded also gave the award to another Japanese technology flagship, the Toyota Prius.

"This Award was received during a gala ceremony held yesterday in Vienna, where the Toyota Mirai was awarded in the category of “Current Innovative Environmental Technologies” . The jury consisted of ARBÖ automotive experts."

"*ARBÖ (Auto-, Motor- und Radfahrerverbund Österreiche) is the second biggest mobility club in Austria with more than a half million members. It was founded in 1899 in Vienna and evolved into an extensive service organisation for its members. ARBÖ is a founding member of the EAC (European Automobile Clubs)."

“We would like to express our thanks to ARBÖ for having awarded the Toyota Mirai with this prestigious prize. If we want to secure the future of the automobile as flexible, personal and clean transport for the next 100 years, we need to consider which energy can power our cars tomorrow. At Toyota, we believe that various technologies will co-exist, ranging from EVs to hybrids to the most innovative of all, the fuel cell car. Mirai is a core component of Toyota’s vision for a sustainable mobility society, one that allows us all to move freely in comfort and safety in an environmentally friendly, sustainable manner.”

“We hope that in a couple of years, hydrogen stations will be available in Austria, so that we can start importing those cars.”