Plug-In Electric Car Sales In Norway Up 72% In July 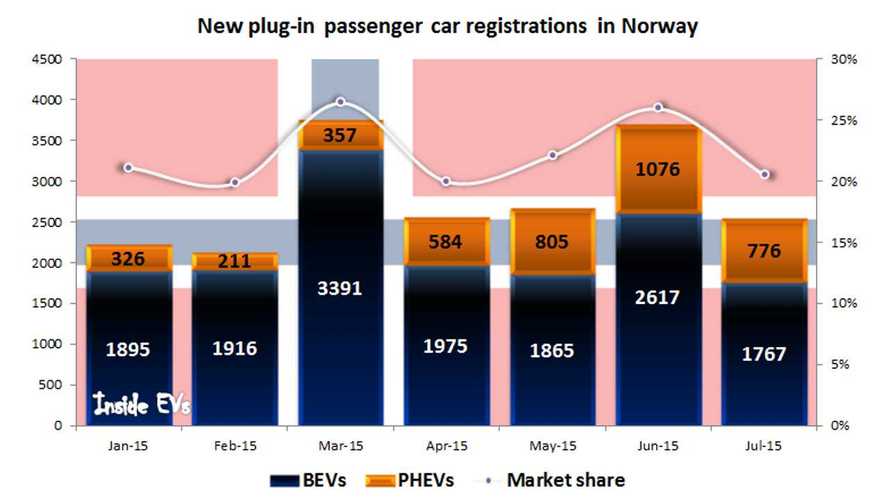 For every month this year in Norway, at least one in five passenger cars sold in the country were all-electric or plug-in hybrid.

In July, the total number of registrations for new passenger plug-ins was 2,543 - 72% more than a year earlier. Market share in July for plug-ins was 20.5%. Over two-thirds of the 2,543 plug-ins sold were BEVs.

This year brings serious change on the market in the form of the Volkswagen e-Golf and Volkswagen brand domination. e-Golf alone accounted for well over 5,000 or 25% of all registrations. In July, another several hundred were delivered (well north of 600 units), although we don't yet know the exact figure.

Coming in second was the Golf GTE with 381 registrations, the Nissan LEAF next with 239, followed by the Audi e-tron with 239.

With 2,896 registrations, Tesla is still the second best selling model in Norway YTD.  For July it moved 222 copies.