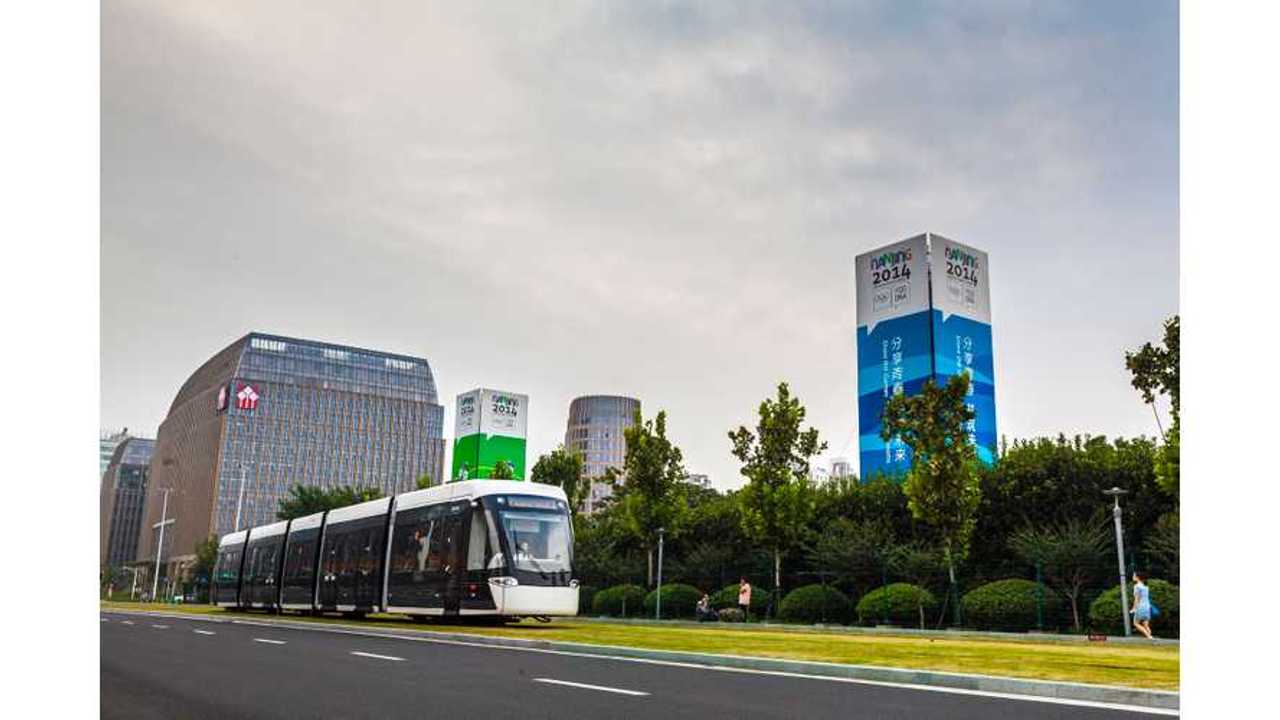 Bombardier announced a new record of 41.6 km (25.9 miles) of distance covered by a tram under battery power during a test run conducted in the German city of Mannheim on the Rhein-Neckar-Verkehr GmbH (RNV) network.

The tram was equipped with a PRIMOVE lithium-ion battery, which enables the catenary-free operation. Earlier, Bombardier was also experimenting with SuperCaps, but only for short distances.

PRIMOVE tram battery is comprised of two battery packs, for a total of 49 kWh of energy.

Battery trams are already used in Nanjing, China where six trams operate 90% of the lines on battery power.

"In addition to application in Germany, the PRIMOVE battery and MITRAC propulsion equipment combination has been in successful revenue service on the Hexi line in Nanjing, China since August 2014. Six trams, built by CRRC Puzhen under Bombardier license, operate without overhead cables on 90 per cent of the lines. The batteries are charged seamlessly during passenger service via the pantograph, statically at tram stops, and dynamically during acceleration. On this demanding route, the CFO propulsion system has proven its suitability for almost any tram line worldwide.

The innovative PRIMOVE battery system builds upon Bombardier’s many years of experience with energy storage systems. The system combines high power capacity and exceptional battery life with high reliability and has been designed to maximize performance using the latest developments in nickel manganese cobalt (NMC) Li-Ion cells. The advanced PRIMOVE thermal conditioning unit maintains the battery’s ideal temperature and enables rapid charging and full braking energy recovery while extending their lifetime to up to ten years."