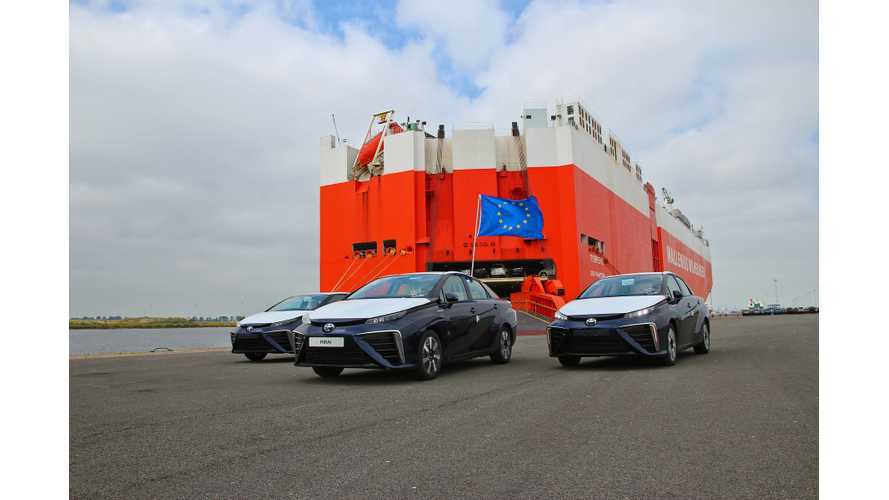 The Mirai has arrived in Europe.

First 5 cars (3 in UK) is roughly 10% of the total planned deliveries for Europe this year. In 2016, Toyota intends to double the pace by delivering 100 Mirai in Europe.

If the world some day turns to hydrogen fuel cell cars, then this first delivery date could be more important than the date of first deliveries of the hybrid Toyota Prius in Europe 15 years ago. But will the world ever turn to hydrogen?

"Prius means “to go before” – a precursor to a new era of electrified mobility. Today, the first production Toyota Mirai – meaning “the future” in Japanese – destined for the European market has arrived, and, like its elder, it is here to pioneer the next step in clean mobility, using hydrogen as fuel and emitting nothing but water vapour."

“This marks the debut of a new age for clean mobility -- a turning point in the history of automobiles. With Mirai, Toyota is working on bringing clean, safe and enjoyable mobility for the next 100 years, thanks to fuel cell technology. We are looking forward to the start of delivery of the first Mirai to customers from September and to see the future taking shape on European roads. As with Prius 15 years ago, we are proud to bring yet another groundbreaking innovation to Europe with Mirai”.