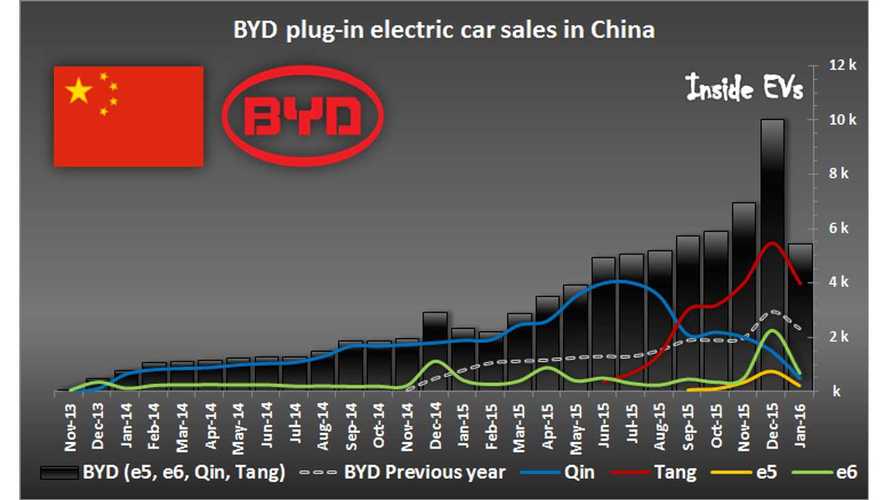 Inside the numbers, it is pretty interesting that the BYD Qin sales slide to just 517, a level not seen since launch. Even the pure-electric e6 fared better - a rare occurrence.

It seems that the main forces of growth is focused now on the plug-in hybrid SUV Tang.