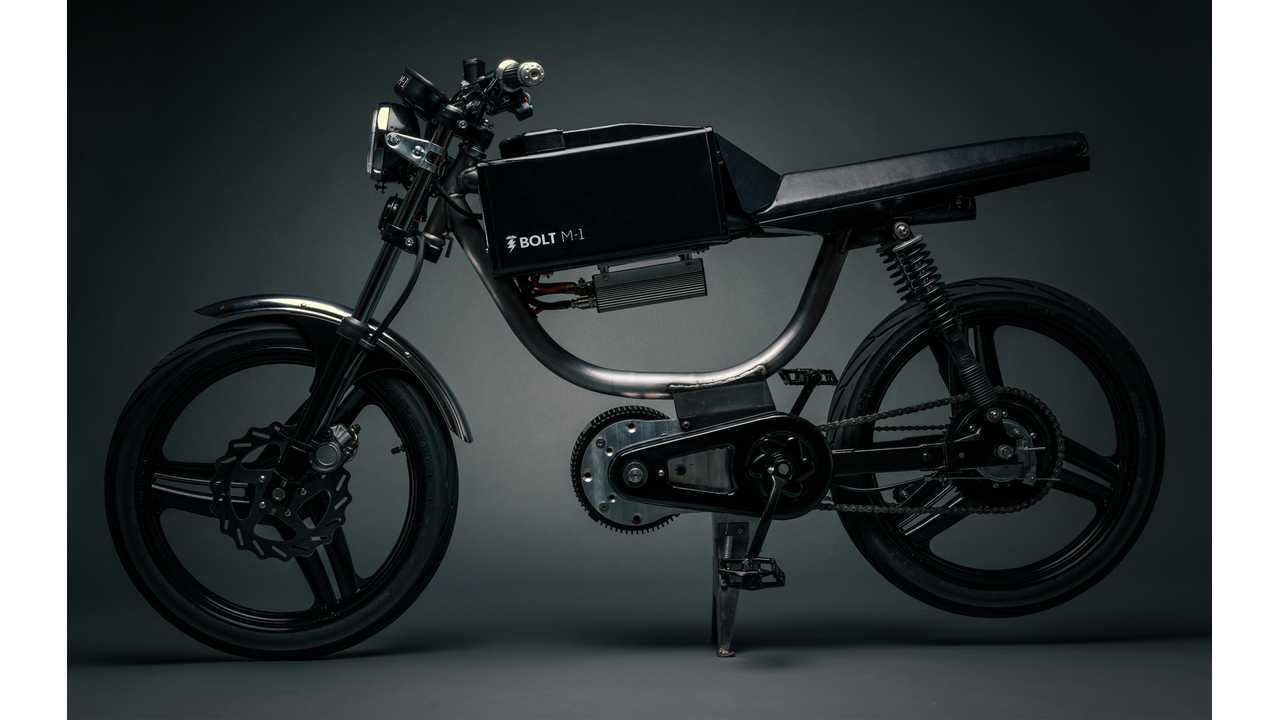 Via Gizmag, here's another eBike/moped/but not a motorcycle/pedal thing that looks actually kind of cool.  Go to their website for all the goodies, but there we saw this photo of the motor and battery pack:

Now, being as we're a little obsessive about details, we're noticing that motor looks a little familiar...  could it be one of the Golden BLDC motors we heard about a while back?  Perhaps, yes.  Have a look.

If so, this is one of the first instances we've seen of this motor's use in any type of commercially available vehicle.  Which is cool.  If you're a nerd like us.

At any rate, motor aside, the bike has a swappable battery pack, similar in concept to the Brooklyn Motorized's mopeddy-type-motorcycle bike that never really launched.  Why does this make so much sense?

Well, look at it like this.  If you live in the city, say, on the 5th floor of an apartment or something, and you have a bicycle, you generally carry it up the stairs, or up the elevator (if you're fortunate enough to not live in Boston's Back Bay, where the buildings were built before elevators, but not before people wanted five stories and a roof deck).  Now, if you have a eBike, you can pretty much do the same (especially if you're planning on a Maxwell-type eBike that weighs like, oh, 30lbs).  If you have a motorcycle, well, you park it on the street, or in a garage or something, and a Vespa-style scooter?  Well that goes on the street, too.  So would a moped.

Now, OK, how would you charge such a thing?  In the case of anything big enough to have to chain to a post, you need either a cord and a plug (not too likely on a sidewalk), or you need to be able to pop the batteries out and carry them up to the apartment, right?

Here are the specs:

Economy Mode Sport Mode What?  Off-road use?  Yes, that's all about the "motorized bicycle" classification limiting speed to 20mph in some states, and no, they're not fooling anybody.  The price?  The M1 sells for around $5500, and yes, they've taken quite a few orders apparently.

There's been a lot of coverage of the Bolt project, including a (kind lame be still interesting) interview with Dr. Nathan Jauvtis, one of the founders (where the first question they ask is about the name.  Really?) on TechDrive, here.  Also, a cool video.  Of eBike moped thing stoppies.  You're welcome.