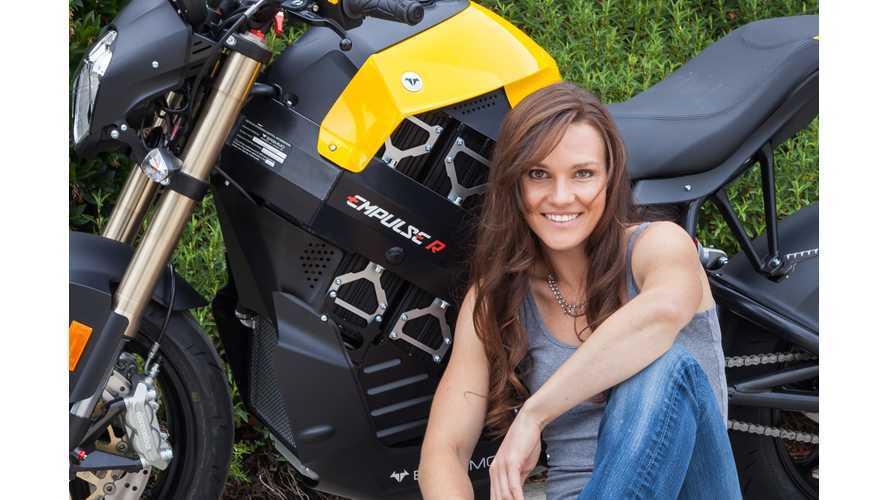 We're going to have to start a "Sale Cheat Sheet" if this keeps up.  Is a "Blow-Out Sale" more extreme than a "Fire Sale" or an "End of Season Sale"?  Apparently.  Via a post on the Brammo Owners Forum, we learned Brammo - mind you, not Polaris or Victory - sent out an email with the subject "This is your final opportunity to own a new 2014 Brammo Empulse R" advertising "blow-out pricing" through several dealers, and it's extremely low pricing indeed, on a "small number of Brammo Empulse motorcycles".  Here's what the email had:

Via these dealers that still have some inventory:

...which begs so much speculation it's hard to contain it.  How much inventory is left?  Is this "dealer protection", Brammo-style?  Do they really have this much stuff unsold after the previous "Fire Sale"?  Why didn't Victory just take the stock over, and why didn't the announcement come from Victory?  Is this a result of some SEC agreement we'll never hear the details of?  Is this dealer cost, or below dealer cost?  If it's below, is there some protection for the dealers, or are they out of luck?  ...or maybe it's a token attempt to make things right with dealers that feel they've been dealt a raw deal?

All Empulse motorcycles have a 5 year battery warranty.

Ah well...  the least we can do harken back to the days that our friend Shelina Moreda was the (awesome) spokes-rider for Brammo with the photo above, while we cogitate on the implications of this email.