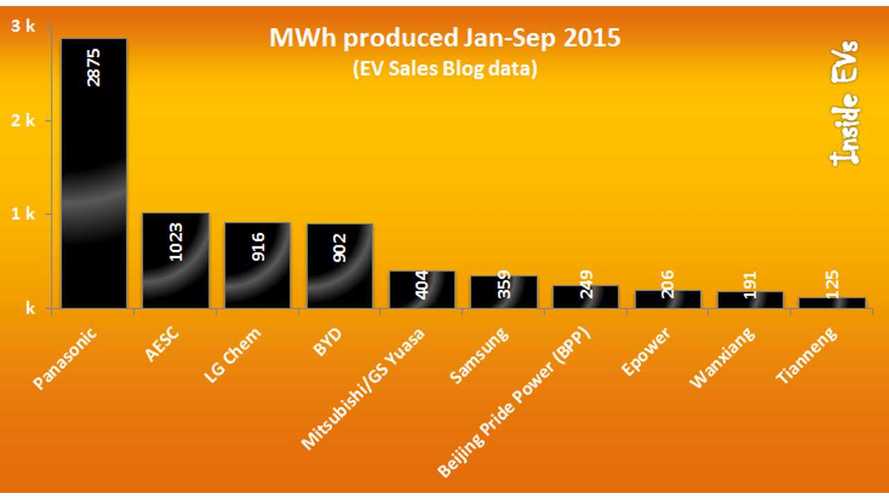 Thanks to EV Sales Blog, we have an outlook of the top EV battery manufacturers based on MWh produced.

First place is (and has been) occupied by Panasonic for a long time due to large demand from Tesla, which is currently the only carmaker producing long-range BEVs in volume, meaning that its needs a lot of batteries (currently 70 to 90 kWh per car). The other major customers for Panasonic are Volkswagen and Toyota.

The Japanese company delivered slightly more batteries so far this year than in the whole of 2014 - about 2,875 MWh, according to EV Sales Blog.

LG Chem already increased a few percent over the whole of 2014 to 916 MWh with still 3 months to go.