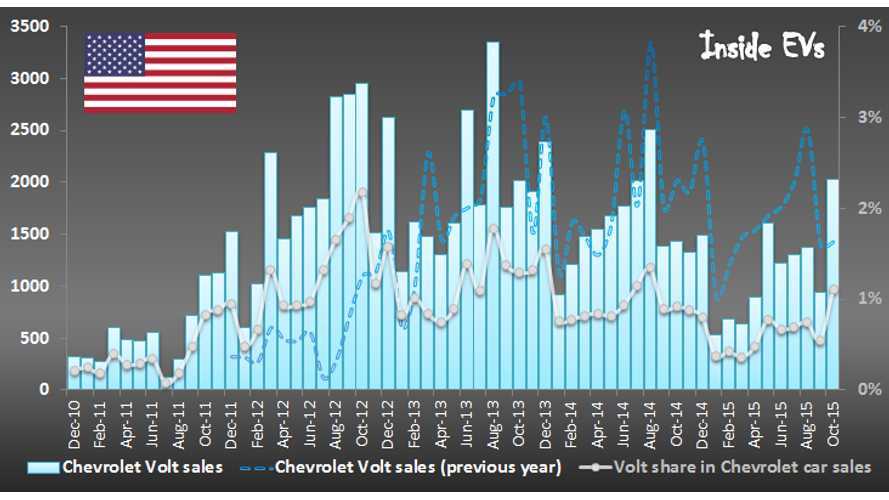 It's all thanks to the new generation Volt, which improved sales by over 40% to 2,035.  Despite only being available (in a inventory-limited way) for the last couple weeks of the month, 1,324 2016 copies were sold.

With increasing availability of the 2016 model year  Volt (and soon the 2017 nationwide release which starts production in February/deliveries ~April) with 53 miles of EPA range, we hope for further growth and a new record.

How about the Volt being the first plug-in for the United States hitting the 4,000 a month mark sometime next year?

The Volt again is also back to the over 1% share of all Chevrolet sales, which means more than 1 per 100 Chevrolets sold were Volts.

In October, the Chevy was the best selling plug-in car in the U.S. and contributed the most to the U.S. achieving a tiny growth in overall plug-in sales during the month: