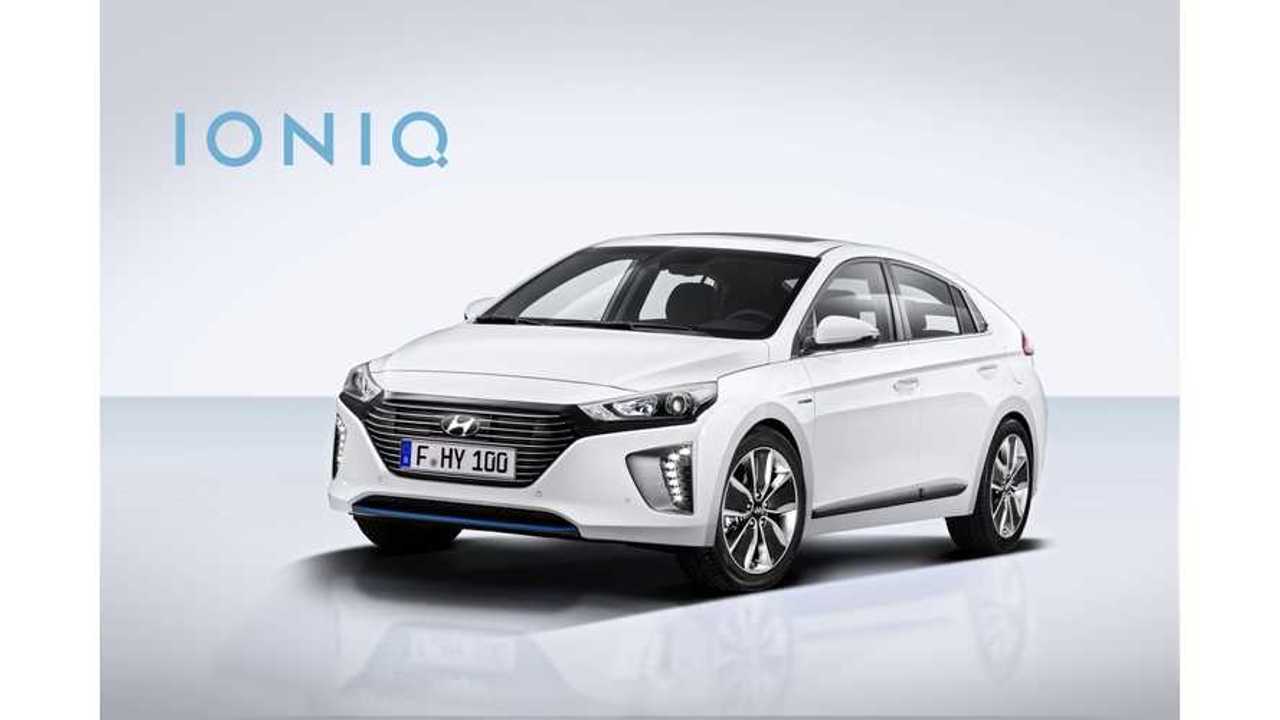 Autocar recently tested in Seoul the IONIQ hybrid (see images and videos from IONIQ's previous unveiling), which in the near future will get both a plug-in hybrid and a pure electric version.

"The plug-in hybrid and EV versions of the Ioniq get progressively bigger battery packs that are squeezed under the boot floor and, in the EV, also replace the fuel tank. There’s no news on the size of these battery packs, but Hyundai is estimating an EV-only range of 32 miles for the PHEV and 155 miles for the EV."

A 155-mile BEV would likely sell well if it comes in at a reasonable price point. At this time, we don't know exactly where the 155-mile estimate comes from. Real world? NEDC? EPA?

Estimates from the data/information that had trickled out unofficially had us thinking about 120 miles (193 km) was the likely maximum real-world result, so perhaps there might be a little Euro-optimism in this number.

As for the PHEV, the IONIQ's stablemate Sonata PHV has a 9.8 kWh battery, rated for 27 miles (43 km) of real-world/EPA range.  It seems probable to us that both cars will have similar (if not identical) battery capacities.

One other interesting bit of news is that by the 2020, Hyundai will introduce one more all-electric model.

The all-electric version of the IONIQ goes on sale in the US this fall (~September), with the plug-in version debuting in Q4.  Hyundai has stated that the car will be available nationwide.  The IONIQ plug-ins will be a global offering from the company.