Tesla VP: "Every Time, We Overcome The Disbelief" 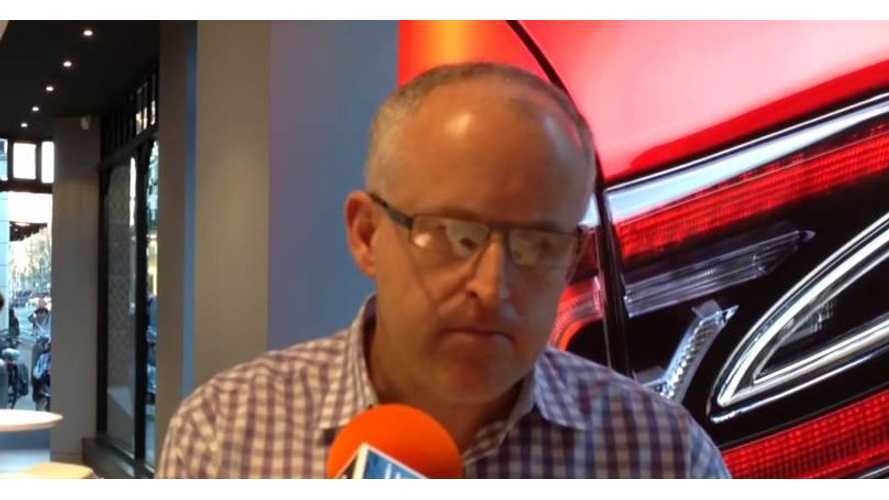 He started off by explaining that Tesla should not be considered an elite, luxury brand.  Yes, the Model S is price at luxury car levels, but the brand itself is not focused solely on luxury cars.  Even the Model S is not a luxury car, according to Tesla.

“We have a business plan that we’ve been working on from the beginning, and it’s more than what we are today."

“There are competitors out there who are trying to characterize us as what we are right now, at this snapshot in time, with the products we have. They also did that in 2008 when all we had was the even more expensive roadster.”

O'Connell went on to discuss what he calls a "massive disbelief hurdle" that surrounds Tesla:

Back to Tesla's "plan."  O'Connell says that Tesla was forced to enter the market on the high end for the following reasons:

“The fact is, this is the business plan we were forced into because we were coming from zero with no capital, no reputation and no product. Other manufacturers can put a compelling $35,000 vehicle on the road today. In the meantime, we put an aspirational product out in the market that hopefully will attract others."

“We have a plan and we’re going to get there. The demographics of our buyer is going to change.”

And Tesla's goal today is the same as it was when the company was found a decade ago:

“Our goal when we created Tesla a decade ago was the same as it is today: to accelerate the advent of sustainable transport by bringing compelling mass market electric cars to market as soon as possible."