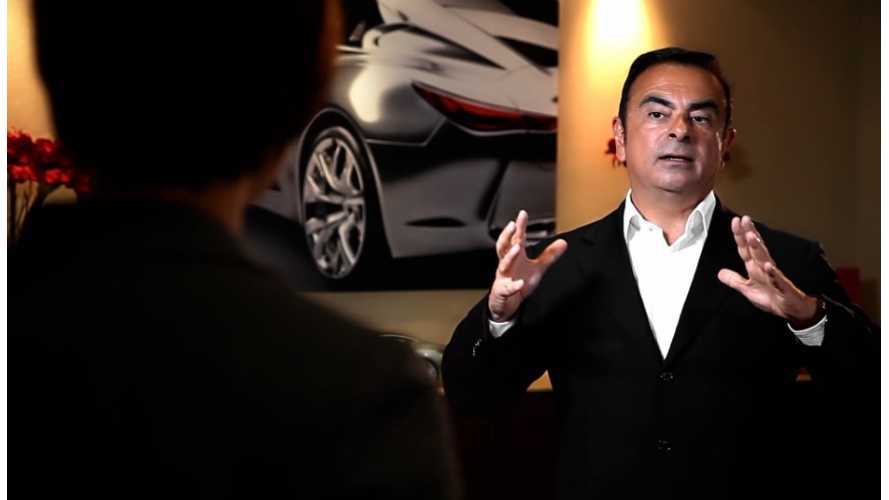 Nissan CEO Carlos Ghosn has never distanced himself from hydrogen fuel cells as one of the solutions for zero emissions vehicles.

But many of us have doubts in a hydrogen future, and would like to see Nissan as a battery-electric only warrior, maybe with just some plug-in hybrids added as well, but that apparently isn't going to happen and some FCV vehicles will ultimately appear.

Nissan is currently developing FCVs with Daimler, and ultimately intends to introduce them (without any hurry) around 2020.

This lack of haste is the result of already available all-electric cars, while - according to Ghosn - other companies without EVs need to hurry up with FCVs as their first zero emissions solution (think Toyota and Honda).

“We are not in a hurry. Because we already have a zero-emissions solution. We’re not on the same time frame because we’re not in the same situation”

“The only question about fuel cells is, we just think it is too early,”

“We’re facing already a problem with the charging infrastructure in electric cars. You can imagine the problem we’re going to have with fuel cells,”

“I understand that those who don’t develop electric cars are more tempted by going fuel cell, and they are in a hurry to put them on the market.”

Other Japanese companies like Toyota and Honda believe in hydrogen, but even their sales expectation by 2020 indicate that FCVs are in a very early stage.

Because of high cost of FCV developments, Nissan is partnering with Daimler, while Toyota picks up BMW and Honda chose GM.

Our thought is that all-electric car sales will continue to improve drastically over time with new, longer range models arriving all the time; so Nissan will likely stay mainly engaged in BEVs, and treat FCVs just as a pilot project.