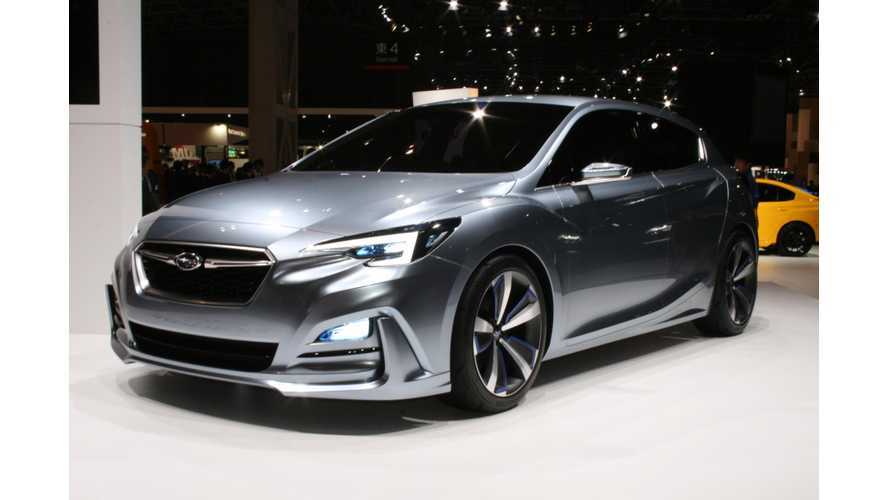 Subaru is trying to solve the problem that every automaker would love to have - growth put them at the point where they sell too many cars.

The Japanese brand would like to save its niche appeal and intends to cap its annual sales target at 1.03 million units (and 1.1 million in the longer term), despite consumers wanting to buy more Subarus.

Yasuyuki Yoshinaga, FHI president said the Subaru will release a plug-in hybrid model in 2018, but only for compliance reasons in the markets (outside of Japan) that require compliance.

There is no confirmation on which model would be offered in a plug-in version.

We are twice as saddened by this news because Subaru was engaged in all-electric cars (Stella EV) in Japan several years ago under a pilot project and in CHAdeMO developments as one of the founders.