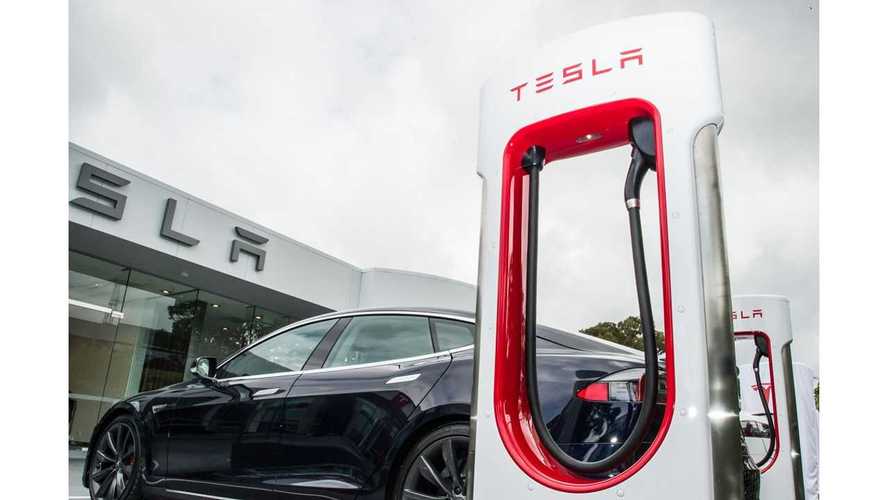 Tesla Reported Q3 Results After The Close Of Business On Tuesday

After the close of the trading day on Tuesday, Tesla reported earnings for the third quarter of 2015.

Heading into the announcemen,t the street expected a loss of ~48 to 55 cents a share (versus a gain of 2 cents a year ago), with revenues up more than a third to ~$1.25 billion.

Expectations for the company to lower 2015 full year guidance was not realized, with the company still saying it will sell at least 50,000 EVs this year, and north of 17,000 in Q4; which seems to be buoying the shares much higher after hours.

Tesla firmed up earlier Q3 sales guidance of the Model S (and Model X) by stating 11,603 all-electric sedans were delivered (which was 25 units higher than first estimates).  Tesla directly leased 494 cars in Q3.

To hit the low end of guidance, Tesla would now need to sell 16,820 EVs in the last 3 months of the year.

On the demand side, Tesla said they were seeing a ramp up in orders during Q3 across most regions.

"In Q3, global Model S orders increased by more than 50% from a year ago, and grew at a faster pace in North America, Europe and Asia, than during Q2."

During the quarter Tesla produced 13,091 vehicles (including a few Model X SUVs), and said that a recent plant upgrade has vastly improved assembly capacity.

"During the factory shut down, we retooled our final assembly line to increase throughput by over 35%, completed and commissioned our new paint shop, enabled new stamping equipment and launched Model X on its own new robotic body line."

Despite hiccups in some regions (such as Hong Kong) Tesla states that over 40,000 updates have been sent out "over the air" to Model S sedans equipped with the feature.

"Thousands of Autopilot-equipped Tesla vehicles are gathering over one million miles of driving data per day. We then analyze this data and feed it back to the fleet to continually improve our customers’ driving experiences. Autopilot is so advanced and unique that test drive requests from prospective customers have increased significantly since its introduction.

To manage this volume of requests efficiently, consumers can now schedule their own test drives online, representinganother industry-first by Tesla."

Tesla pointed to China as the region that was showing the most promise thanks to new efforts by the company.

"In China, our newest major market, Q3 Model S orders increased substantially from Q2, due in part to the opening of two new retail locations. We expect order growth in China to remain strong with more store openings and the recent policy changes in Beijing and other major cities that allow buyers of Tesla vehicles to bypass license plate restrictions."

The company recently stated that 3,025 Model S sedans had been delivered in China through the first 3 quarters (~1,345 in Q3), so we expect to see a decent surge in sales for Q4 given Tesla's report.

While not giving specific numbers, Tesla says that early Signature reservation holders are converting to "firm production orders" at a higher rate than the company found with the Model S in 2012.

"Since the Model X launch event, order rates have accelerated for both Model S and Model X. Although it is too early to draw firm conclusions, this supports our belief that Model X expands the market for Tesla vehicles, with little to no cannibalization of Model S."

We should note that, no one other than Signature series consumers (~1,300 persons) have yet been able to configure and/or order a Model X, so the only choice for the general public when it comes to actually ordering a car is still the Model S.

Conference call update:  Tesla CEO Musk confident they can get up to several hundred in production in December.  Also says that there are a "bunch of little things” that can/are giving the company issues now - highlights seats, door seals, but doesn't seeing anything at the moment to not reach the targets given.

Conference call update (2): Musk is asked if the Model X is currently in production, and the CEO states that there are 1,000s of unique components in the SUV, with 99% of the ready for high production...but that the 1% is what will limit the production rate.

"Production will move as fast as the least lucky supplier that we have in our network.”

During Q3 Tesla began "production of Tesla Energy products" at its Fremont factory, saying it's long term plan is still to shift all production to the Gigafactory, but that growing demand for the Powerpack/Powerwall products have accelerated the need to expand capacity.

"In early Q4, we relocated production from Fremont to an automated assembly line at the Gigafactory.  This positions us for strong growth in 2016, but the Gigafactory pull-ahead will push some Tesla Energy Q4 production and deliveries into Q1."

Tesla says particularly strong demand for energy products is coming from Australia, Germany and South Africa. Looking ahead, Tesla notes some new opportunities on the horizon:

"There is also an exciting market opportunity for us in India with strong government alignment that we look forward to growing in 2016. Recent changes to feed-in tariff structures in Hawaii also create a large new storage market in that state."

"We have also accelerated plans to begin cell production for Tesla Energy products at the Gigafactory by the end of 2016. This is several quarters ahead of our initial plan."

Conference call update: Tesla CEO is asked about competition launching a more inexpensive battery (obviously in reference to GM's $145/kWh deal with LG Chem).  Mr. Musk says they are always agonizing about battery costs but no one is close to Tesla right now - “If they are I will be the first to congratulate them"

Tesla said that the addition of some Model X deliveries in Q4 will boost the average vehicle selling price over the next 3 months, but that Q4 gross margin will likely fall on a sequential basis, due to higher overhead factors on the Model X roll out.

Tesla is confident of Model S sales in Q4 and next year, but had some disclaimers surrounding the Model X rollout which has been more than a little reserved so far.

"Model S production and deliveries are on track to achieve our initial Q4 plan. The primary limiting factor to higher Q4 deliveries is the near term ramp of Model X production, with the biggest constraint being the supply of components related to the second row monopost seats.

To eliminate these supply constraints and achieve a better overall outcome, we have brought manufacturing of these seats in-house. In addition we, and some of our other Model X suppliers, are still ramping up and fine-tuning production. These factors add uncertainty to our build plans during Q4, but we feel emphasizing quality is the right decision for our customers."

We should note that given only the Model X Signature Series reservists have been able to place firm orders, we feel the maximum optimized level of Model X sales Tesla could be anticipating right now for 2015 is about ~1,000 units.

Conference call Update:  Tesla CEO Elon Musk is asked if anything to do with the difficulties in ramping the Model X would temper his expectations for the time on the Model 3

"Looking ahead, we still remain highly confident of average production and deliveries of 1,600 to 1,800 vehicles per week for Model S and Model X combined during 2016."