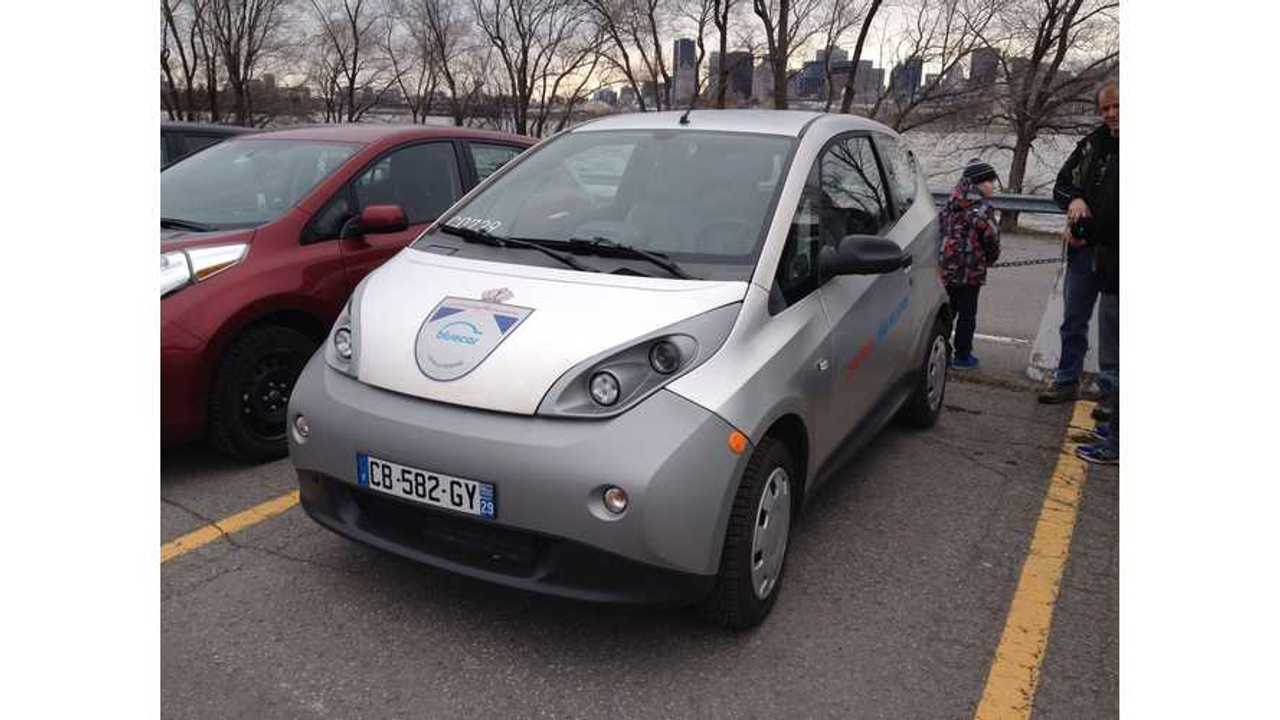 The City of Montréal would like to establish an electric car sharing scheme.

There is now a tender, open on August 24th, which requires EVs with at least four seats and a range of 150 km (93 miles).

The great news is however questioned by media reports about requirements, set specifically it seems for Bollore.

For example, Car2Go already has a car sharing business in Montréal (with ICE cars), but since those electric smart EDs have 109 km of range, the company will be unable to compete. smart is also two seater.

"Car2Go, for instance, has an existing business in Montreal, but fears it will be shut out because its vehicles simply can’t go the extra mile.

“They go 109 km. The 150 km rule is very surprising to us because the average user goes 6 km,” said Jérémi Lavoie, a spokesperson for Car2Go.

He said that if the 150 km rule stands, his business could be in trouble.

“If we are out of the call for interest and out of further proceedings it might be a problem, yes,” Lavoie told Global News."

Well, maybe it would be good to enable different manufacturers and operators to join the project and users could decide which models they like to share the most.