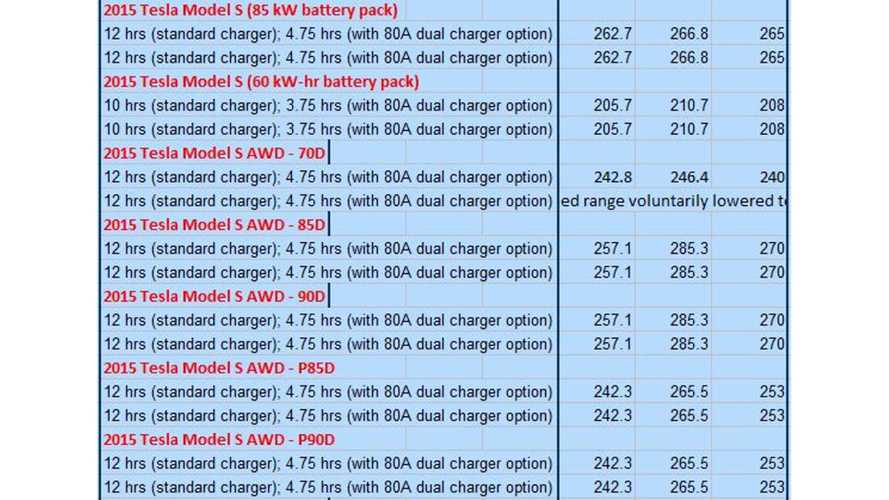 Range Upgrade Boosts Range By ~6%, According To Tesla

The official EPA numbers are in for both the Tesla Model S 90D and the performance P90D:

According to the EPA, there is no range advantage for the 90kWh option.  However, as we've seen before with the Chevrolet Volt, it's likely that Tesla didn't submit the 90D or P90D for EPA testing, thus it's stuck with same exact official figures as the 85 kWh version.

But Tesla does state time and again that the 90 kWh battery gets you approximately 6% more range, so figure a combined range of 286 miles for the 90D and 268 miles for the P90D.