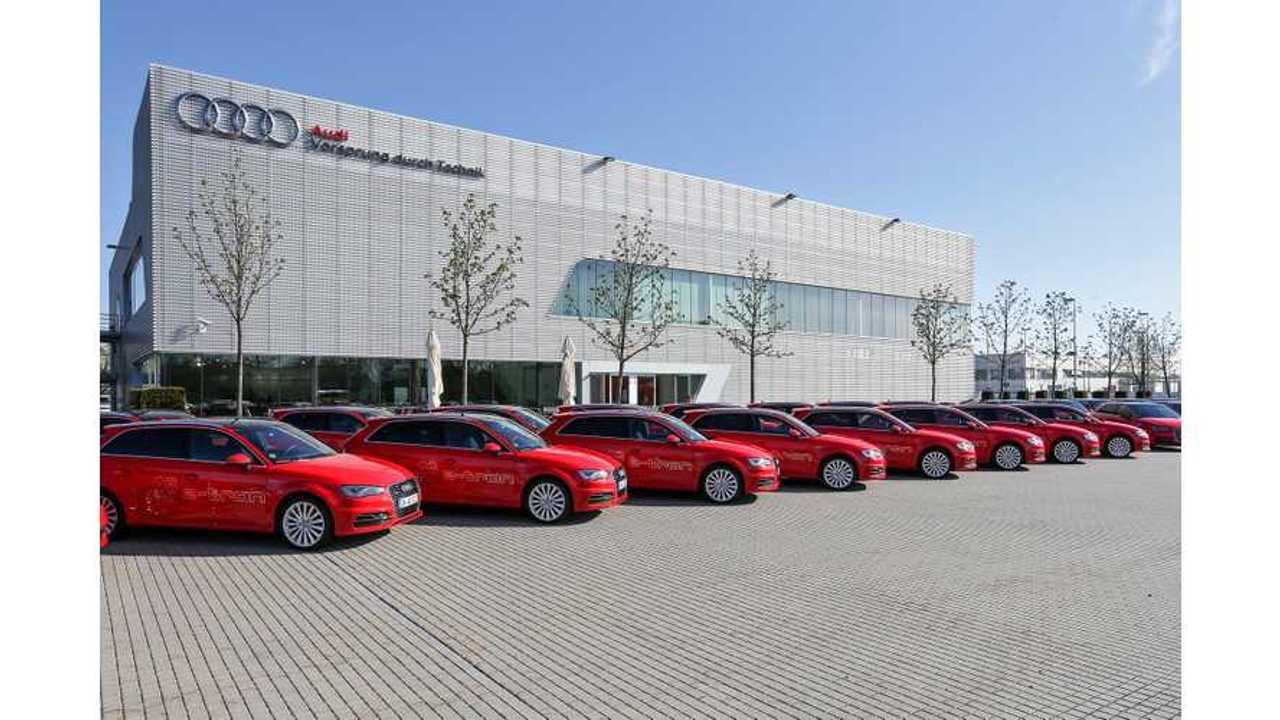 Via one of our contacts at a U.S. Audi dealer, we've been able to confirm that first deliveries of the A3 e-tron to U.S. buyers will occur this October.

We expect to see the first A3 e-tron to be delivered to a buyer just before October comes to an end.

Here's some additional information on A3 e-tron pricing, specs etc. from one of our previous posts on the plug-in car (InsideEVs contributor Michael Beinenson also took a short test drive in a US-spec A3 e-tron):

The Audi’s combined performance output is rated at 204 hp, with the electric motor putting the bulk of the combined 258 lb-ft of torque.

The company says 30 miles of all-electric range is achievable, but we expect the EPA to ultimately put a low 20s number on the end product when the final rating are in.