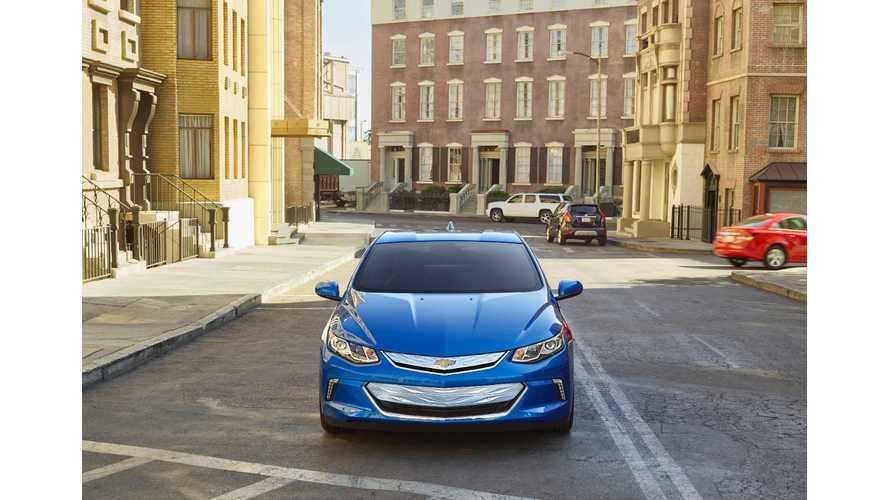 We doubt that more than a handful of individuals in the world have driven all three of these plug-in electric cars: 2016 Chevrolet Volt, BMW i3 and Audi A3 e-tron.

The few that have are likely engineers at General Motors.  Those would be the only individuals who can right now give a definitive judgement on this trio of cars.

But that hasn't prevented the folks from Quattro Daily (Audi-oriented website) from passing judgment on these three cars.

We should point out that Quattro Daily makes some critical errors. One of the biggest faults in the article is contained in this line:

"The A3 e-tron is the most practical of the bunch. Being a hatchback over the Volt’s sedan body style, it can carry more stuff and has more cargo room."

It does seem likely that more cargo could be hauled around in the A3 e-tron due to its station wagon-like design, but make no mistake, the Volt is a hatchback that can certainly haul a significant amount of goods.  Officially, with the seats up, the 2016 Chevrolet Volt has 301 liters of cargo volume (no figures have been released for seats in the folded-down position).  Meanwhile, the A3 Sportback (non e-tron) has 380 liters of cargo volume with the seats up (e-tron models have slightly less).

"All three and great and the Volt looks better than I thought, but without having driven it and knowing how poor the first-gen was to drive, I’m gonna have to put it last."

That's probably the first time we've heard that the first-gen Volt is poor in terms of driving dynamics.

With the sedan/hatch oversight in mind (and knowing that the author of the comparison article has not driven the 2016 Volt), here's how Quattro Daily ranks the 3 plug-in electric cars.

Full review can be found at Quattro Daily
++Share