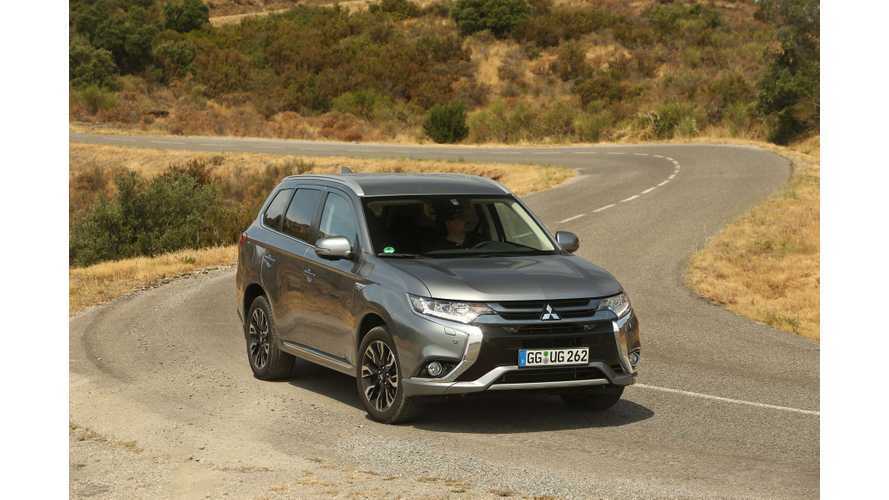 Mitsubishi Outlander PHEV's road to the U.S. has been a long, winding one, but now with the final straight just several months away, we've learned the automaker's U.S. sales target for this plug-in in 2016.

According to Automotive News' interview with Mitsubishi Chairman and CEO Osamu Masuko, the Japanese carmaker expects to sell 6,000 Outlander PHEVs in the U.S. next year.

With the Outlander PHEV first arriving in May, and taking a couple months to fill out inventory, this 6,000 unit target would put monthly sales at about 1,000 to 1,200 per month in the US.

Separate news is that Mitsubishi intends to introduce a new SUV between Outlander (which keeps getting bigger) and Outlander Sport (which will be smaller in its next redesign).

With earlier plans of 4-5 plug-in SUVs, we should expect that all three models will be electrified in the future.