Energica Launches IPO, Adds Giancarlo Minardi to the Board, Heads to Milan EICMA 2015 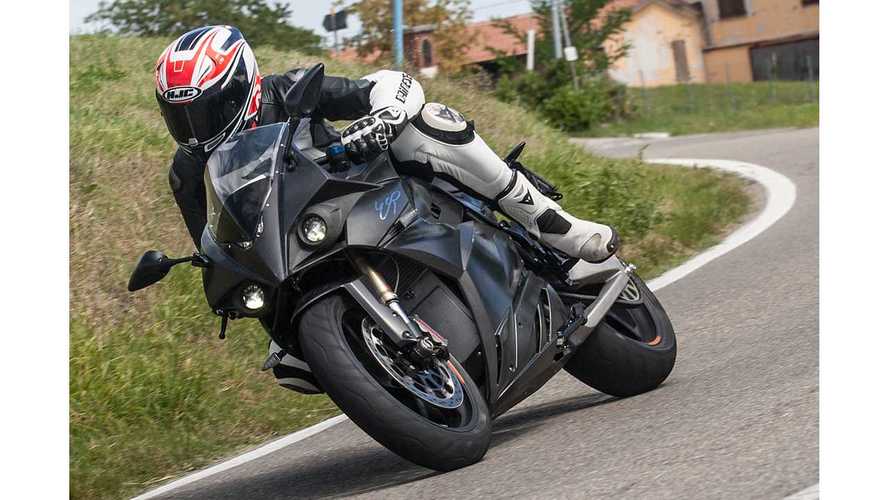 Energica announced the company is launching an IPO this weekend through AIM Italia, Borsa Italiana, and (naturally) appearing at the Milan EICMA 2015 show with the EGO and the EVA.  AIM Italia, according to the London Stock Exchange Group's site, is specifically set up for small, high potential growth, relatively high risk investment:

AIM Italia is the Multilateral Trading Facility of Borsa Italiana devoted to Italian small and medium enterprises with high growth potential. Such firms are offered the opportunity to access investors focused on small-caps in an efficient manner. The market model is normally characterized by an admission-to-trading phase without a prospectus (by means of a private placement or an exempted public offer) while retail investors have access to the secondary market. Taking into account the risks associated to the investment in small and medium companies, the access is recommended only to persons with high financial knowledge and experience.

If you're interested, you can read more about AIM Italia here, in the brochure (pdf).

The company also brought Giancarlo Minardi on as a board member, a veteran of the Italian racing, automotive industry, Formula One, racing, and Fiat.  ...and racing.  Racing?  Energica?  Dare we hope and dream?

Energica isn't announcing any new features or models for the show, to our knowledge, but has delivered on the promise to, uh, deliver - mid 2015 is what they said, and mid-2015 is when the bikes started to show up on doorsteps in the US.  Nine months ago, they started showing up on doorsteps in Europe.

Here's what that doorstep looked like, if you'll remember, from almost a year ago :

EGO on the doorstep...

Stay tuned, we'll be posting photos as we get them on the 19th, but in the meantime, here's the PR:

The green heart of the Italian Motor Valley at Eicma 2015!

From November 19th to 22th Milan will welcome the 73rd edition of Eicma 2015, the most long-awaited event dedicated to motorcycles in the world. For the fifth consecutive year Energica is ready to conquer the visitors of the most important international two-wheels fair!

Energica Motor Company (www.energicasuperbike.com), the manufacturer of high-performing electric motorcycles, will be present at Eicma at Pav. 9 Booth I76.

EMC will join the exhibition a few weeks after an important finance statement.

Following the first batch deliveries in Europe and US, the Modena-based manufacturer, located in Italy’s Motor Valley, took a decisive step towards bringing its business on a global scale and once again confirm the importance and innovation of the most significant industrial region for precision mechanical engineering not only in Italy, but in the whole of Europe!

Furthermore the company chose Giancarlo Minardi as Independent Member of the Board, demonstrating the deep roots Energica and its parent company CRP Group has in the Formula One world.

The electric streetfighter made in EMC, developed on the same platform as Energica Ego, will be on sale in 2016 through the international network of importers.