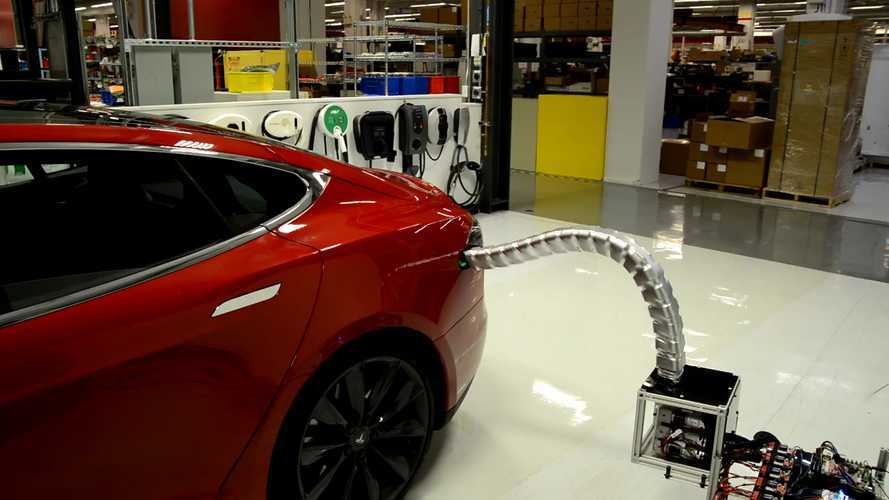 Just moments ago, Tesla Motors posted this video to its Facebook page with this description:

Nearly one year ago, Tesla CEO Elon Musk first hinted at this robotic charger via Twitter:

It seems progress is being made on the automatic charger, which certainly has a cool factor, though we're not so sure it's something Model S owners would be willing to pay thousands for.