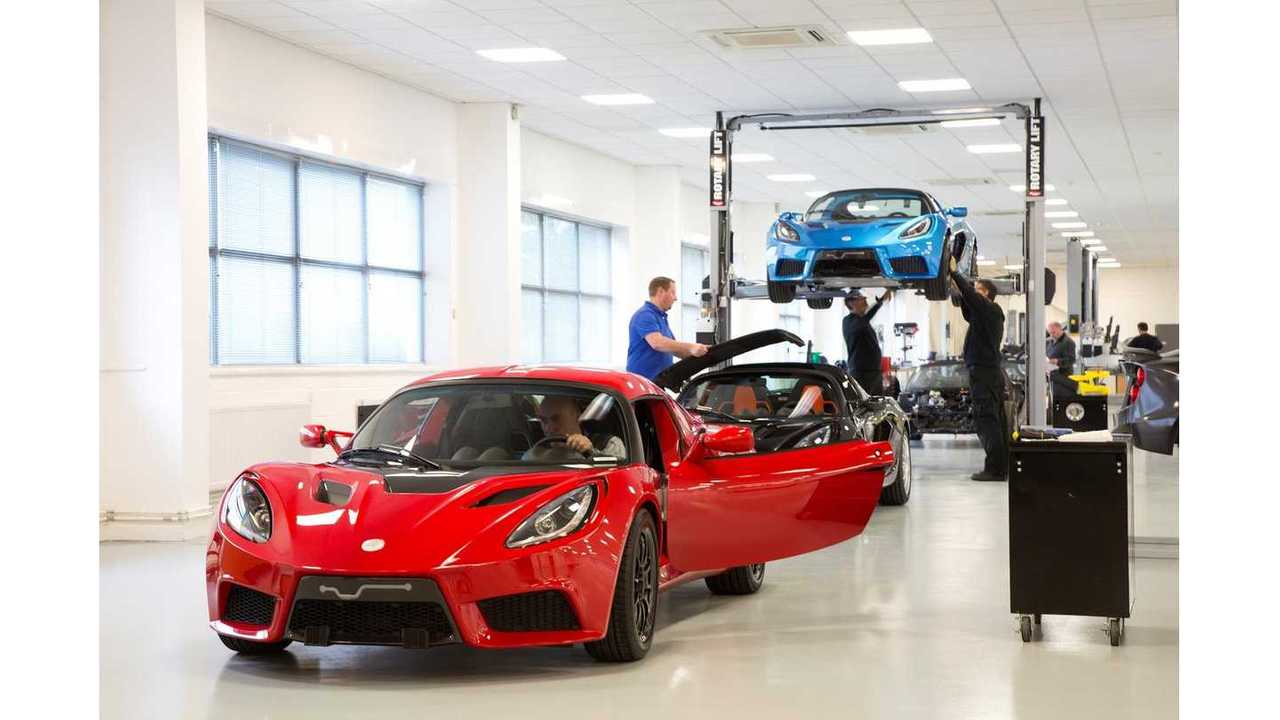 Detroit Electric began production and sales of the SP:01 electric roadsters, but as we thought, the car will not be sold in the U.S.

That's bad news because Detroit Electric was an old American brand and the company intended to produce (and sell) SP:01 in the U.S.

“We are Detroit Electric, not London Electric. Our commitment to the city of Detroit, the state of Michigan and the United States is as strong as it ever was.”

With the move to the Leamington Spa facility in the UK, closer to Lotus, the manufacturer of the donor cars, Detroit Electric still could sell SP:01 in U.S., but its absence is likely due to regulatory issues, possibly linked to use of non-advanced airbags.

The U.S. was significant market for Tesla Roadster compared to other countries.

"Despite its name, a nod to a defunct US-based maker of electric carriages from 1907 to 1938, the Detroit Electric sports car won't be available in Detroit — or anywhere else in America. The company plans to sell the SP:01 only in Europe, Asia and few other select markets, including Iceland and South Africa."