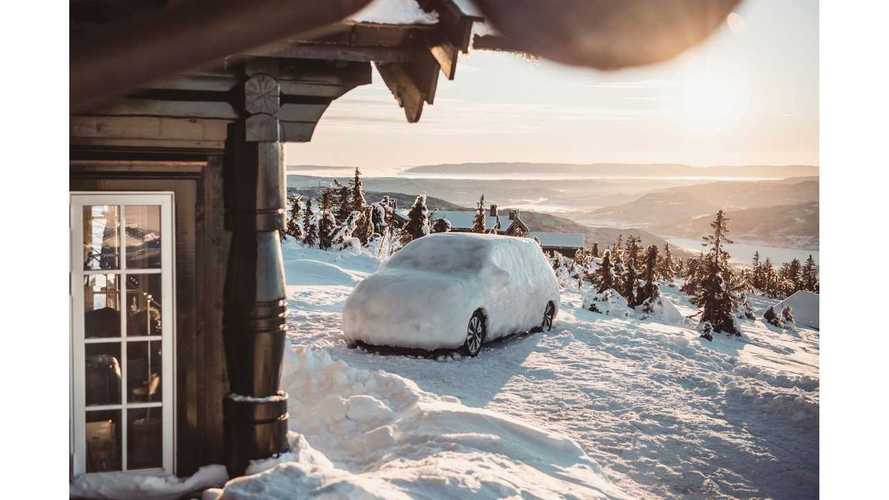 Nissan is promoting the arrival of the 30 kWh version of the LEAF into Europe with new video as spot (full video below), demonstrating the remote defrost feature.

The Japanese EV was frozen in Norefjell, Norway, but was able to reveal itself through the winter conditions.

Perhaps not surprisingly, Nissan didn't provide how much time it took to thaw, or how energy/range it consumed.  Really, they didn't promote a heck of a lot in this piece.  Nice scenery though.

Nissan's statement around the advertisement:

"As the new Nissan LEAF 30 kWh goes on sale across Europe - with improved range and enhanced features - Nissan has released a stunning short film revealing the car from a sheath of ice in breathtaking Norefjell, Norway.

Europe’s best-selling electric vehicle now delivers up to 250 km* of driving range on a single charge, 26 percent further than before, and comes with the latest evolution of the NissanConnect EV infotainment system on Acenta and Tekna trims. This includes improvements to the remote defrost feature, superior functionality and greater connectivity.

The film begins with a silhouette of the LEAF cocooned in ice, set against the breathtaking Scandes Mountains. At 65mm thick, the ice proceeds to melt away, gradually revealing the new Nissan LEAF 30 kWh in all its glory."

"The Nissan LEAF was frozen into its icy blanket by Norwegian ice specialist, MR. ICEMAN AS. Mr Jack Stensland, CEO, said: “I have never frozen an electric car before, but it sounded like an interesting challenge, and I think the end result is stunning.”

The film also highlights the reliability and durability of the new Nissan LEAF 30 kWh, which undergoes rigorous testing to ensure it is capable of withstanding even the most challenging driving conditions. For customers in truly testing conditions like those in Norefjell, Nissan also offers a specially engineered Nordic Pack which includes a battery heater to counter the effects of the extreme low temperatures.

The New Nissan LEAF 30kWh goes 26 percent further than the previous model, thanks to Nissan’s innovative 30 kWh battery technology, beating all of its competitors within the segment, without compromising on practicality or usability."