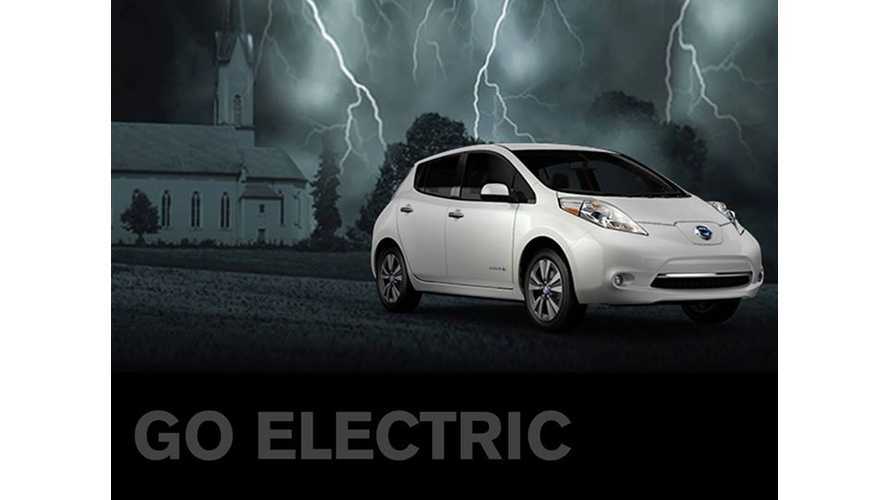 Halloween Wasn't The Only Scary Thing In October - Nissan LEAF Sales Were Too!

Expectations entering October was that the expanded range, 2016 model year LEAF (107 miles AER - full details) would arrive at some point during the month - helping the brand end a sales losing streak, and pushing the entire EV segment in the US higher.

As Halloween came and went, those expectations were dashed, leaving only the 'old' model year LEAF left on lots to be sold.

Then late in the month, Nissan CEO Carlos Ghosn took the stage at the Tokyo Motor Show and pretty much said the 2016s would not arrive in the US until January, a date that conflicted with what we were seeing from Nissan's Smryna production.

Thankfully, after getting in touch with Nissan USA, it turns out it was just some mis-communication/crossed-wires, and the new LEAF was still on track for "fall deliveries"

Narrowing down that "fall deliveries" window, InsideEVs has been tracking the new 2016 build, and we can tell you that 2016 LEAFs (with assigned customers/VINs) have been built and are currently in the process of being released/transported to dealers.  So it won't be long now.

We (more confidently) expect them to arrive in the second half of this month.

Separately (and ultimately more importantly) this month we got a look at Nissan's new IDS Concept  from Japan - which was basically a 'nod and a wink' to the new e-technology that will be found in the next generation LEAF.

The new battery (as illustrated by this photo taken by Bertel Schmitt of the Daily Kanban on the right) illustrates how this new 288 cell, Nickel Manganese Cobalt 60 kWh battery (with a graphite anode) fits snugly into the same basic area as the current 24/30 kWh pack does.

So while we were disappointed with Nissan LEAF sales during October, we certainly weren't let down by what Nissan has in store for the future of the car.