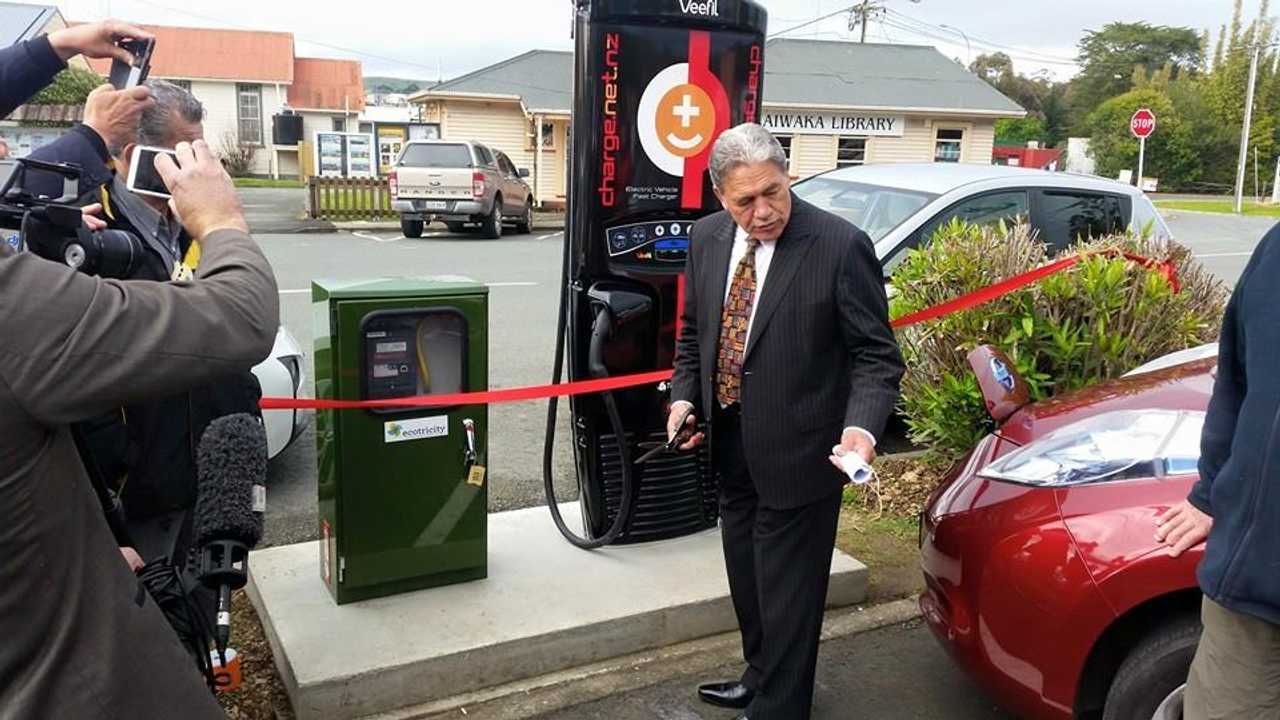 Charge.net.nz in New Zealand, with a bold plan of building a network of DC fast chargers (with both CHAdeMO and Combo plugs), officially opened its first site in Kaiwaka -which is between Auckland and Northland.

This is the first DC fast charger for Charge.net.nz (with two more to come soon) and the second overall in New Zealand (the first was installed by Northpower in Whangarei's Alexander St).

50 kW chargers are supplied by Tritium.

"Around 100 people attended the opening ceremony, plus legions of schoolchildren, and a fleet of 20 EVs from the Bay of Islands to Auckland. After a broken-down Toyota petrol car was towed away to make way for the opening, Northland MP and NZ First leader Winston Peters told the crowd that, while it was great to see Northland getting ahead of the rest of the country, the Government had not done enough to encourage the uptake of EVs, "the best way for New Zealand to reduce its carbon footprint."

"He said Norway, a similar-sized nation, now had 70,000 EVs on its roads thanks to state incentives while New Zealand had only 800. "Our great advantage is we can turn water into energy."