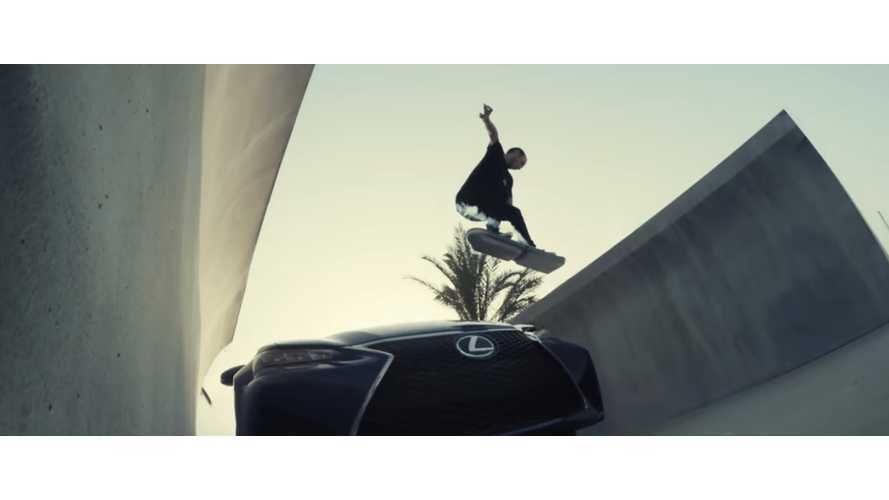 Well, now, yes, we reported a while back that Lexus played a little marketing ploy in "releasing" a nifty hoverboard that was the stuff of every one of our adolescent space-boy dreams.  Of course we poo-pooed it, because, well, Physics, but apparently Lexus took it a step further and, by way of hybridcars.com, we learned the thing is more than a special effects trick.   It works with "...two 'cryostats,” reservoirs in which superconducting material is kept at -197 degrees thanks to liquid nitrogen. The board is then placed above a track containing permanent magnets with the magnetic field from the track effectively frozen into the superconductors in the board."

So, yeah.  It's done with smoke and magnets.

Here are the videos - do we envision the Skate Park of the Future to be a large, magnet-embedded affair, guaranteed to suck the ferrous metals from a half-mile radius, including small animals with collars and the studs from every hipster's biker belt into it's liquid nitrogen enhanced vortex?  Probably not anytime soon...  except for this one in Barcelona, that had about 200 meters of "track" laid into it.