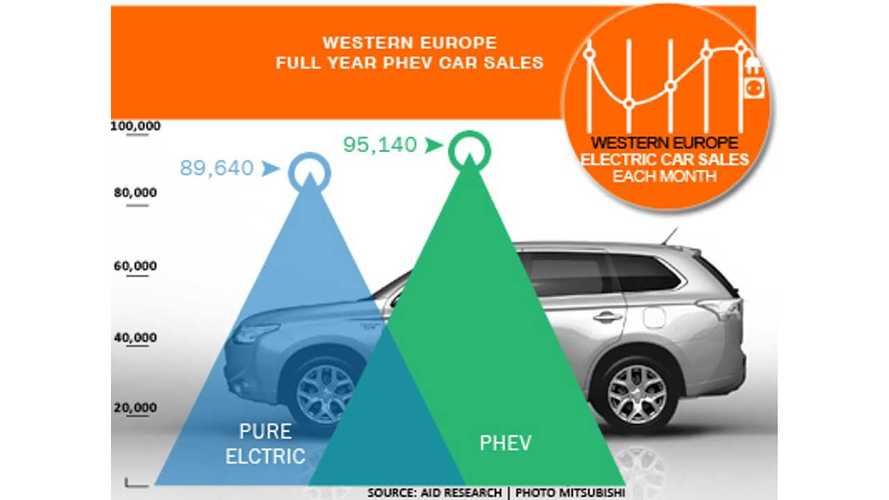 The Mitsubishi Outlander PHEV was the top plug-in model with some 31,270 sales.

We know that part of the PHEV surge were in anticipation of some upcoming changes in incentives in some countries to less favorable ones.

"Thanks to rip-roaring demand in the Netherlands, helped by no notable heat loss in both the UK and Norway, leading manufacturers of PHEV plug-in hybrids can look back at last years West Europes turnout with a great deal of gratitude.

However, the sense of optimism portrayed outwardly by these topical and exclusive AID compiled numbers - suggesting that the sought-after take-off in the regions PHEV demand may now be waiting just around the corner - is not quite what it seems."