Fastned Readies For A Future Where Everyone Drives Electric Cars 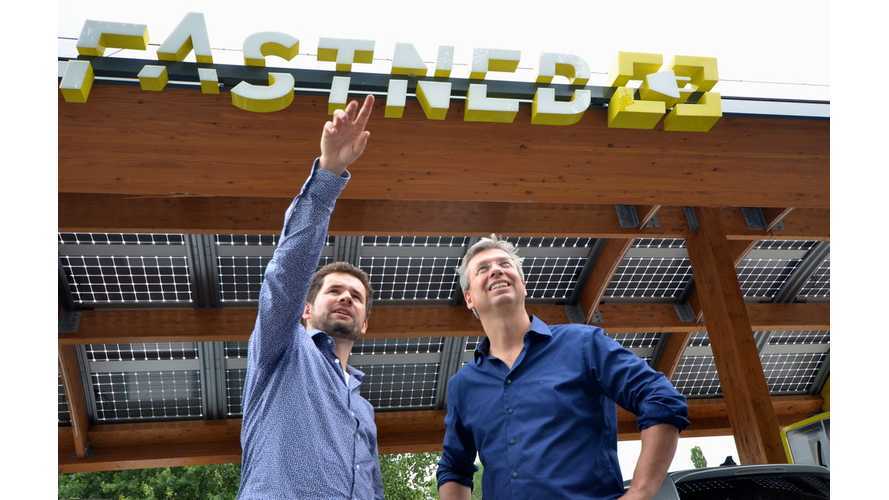 The ECOreport recently released an interesting interview with Fastned co-founder Michiel Langezaal, who sees the current stage of the EV market as phase one.

Phase two is to have 5-10% market share for EVs, while phase three will be mass adoption.

Langezaal said that Fastned is moving in the right direction with growing usage and revenues. A sign of future growth is the waiting lines to Tesla Superchargers (available only to Tesla cars).

“Every light is green. There is no red light, or even yellow signal. Revenues are growing; usage of the network is growing. The signs that we see at the Tesla superchargers – waiting lines – are indications of what we will see in the coming year at Fastned as well. We have to work hard on procuring permits, building the infrastructure and finance it.”

According to Langezaal, the Netherlands, which is the starting country for Fastned, will have from 160,000 to 300,000 electric cars on the roads by 2020. The higher number is claimed to be achievable if government adopts incentives, while the lower forecast is for no incentives.

Fastned is also in talks with Germany’s Ministry of infrastructure and is considering nationwide networks in France, Belgium, Switzerland and Austria during phase two.

A more detailed outlook of the three-phase plan was presented in an earlier blog post.