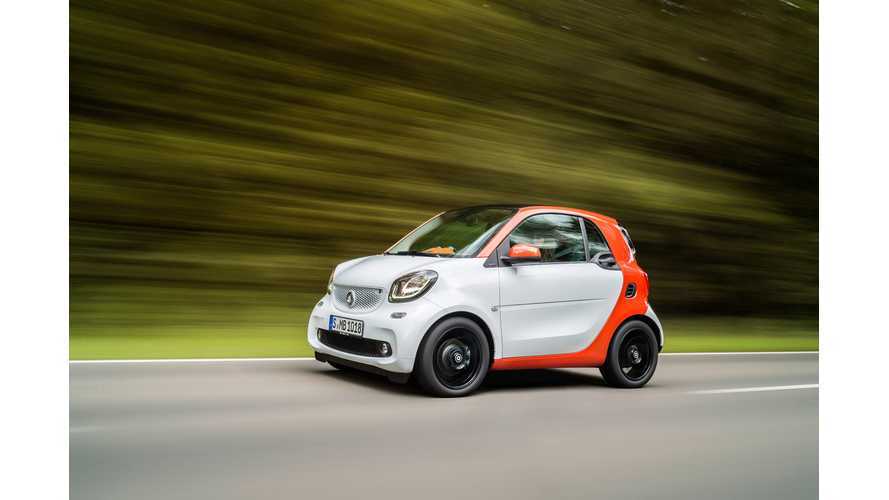 Smart recently introduced the new generation of its flagship model ForTwo, although only the ICE version.

In the US, sales of the new ForTwo will begin in November. The new ForFour will not be available in the U.S. at all due to expected low demand.

If you are interested in an electric ForTwo, until 2017 it will be available only in the current generation.

Separately, we know that Daimler subsidiary Deutsche ACCUmotive (battery supplier) was using battery cells from Li-Tec (soon the company will stop production), who was using battery materials from Evonik Litarion (acquired by Electrovaya). Deutsche ACCUmotive, from 2016 on, intends to switch to LG Chem lithium-ion cells for both electric ForTwo and in the future electric ForFour.

So the plan is simple - sometime in 2016 the next generation electric Smart with LG Chem batteries will be sold in Europe and with some delay in 2017 in US and other places worldwide. ForFour ED is still a mystery though.

We do wonder whether or not the new smart ED with cells from LG Chem will have longer range? The current 17.6 kWh battery pack is good for 68 miles EPA range (90 miles NEDC).