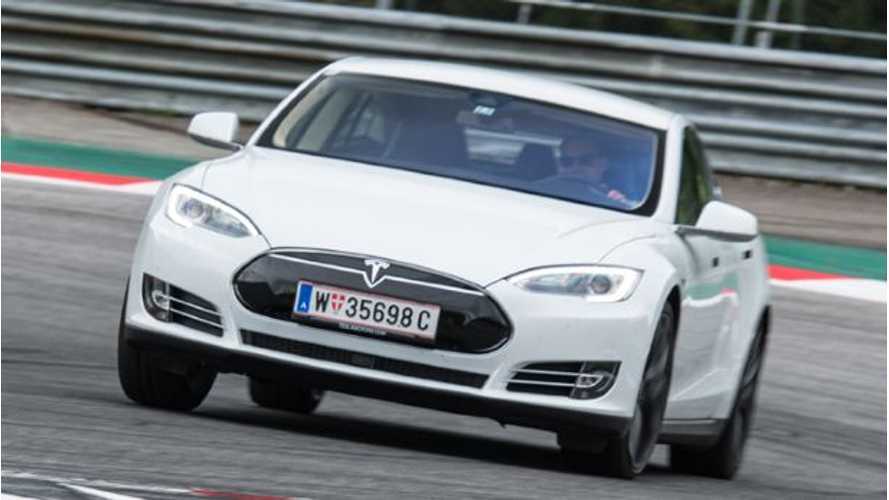 Tammy Subasic, her husband Michael, and their 4 children recently took a road trip from Calgary to Anaheim in their new Telsa Model S. The trip was comprised of 121 hours of driving, 6,200km (3,853 miles), and 31 Supercharger station stops.

The family had only taken the car on local trips and were looking for an opportunity to travel in it. When they finally had a number of days free, they chose Disneyland as a destination. This trip would take them through the Rocky Mountains of Alberta and BC, and then into the US through Washington, Oregon and California.

What a great drive to truly experience the potential of their new Tesla! The Model S 85 D, with all-wheel drive and snow tires, performed as expected through the mountains in the rain and snow. The autopilot mode came in very handy as Michael drove many long hours.

They carefully planned their trip around the network of Tesla Superchargers. Tammy explained, "Going from one Supercharger to the next was effortless. They are spaced so that they are easily reached between charges, and we could always grab a bite and relax while we charged. We found that stopping every three or four hours to charge was great as it gave us time to rest, stretch, and recharge. The perfect balance for a long trip."

The family of 6 fit nicely in the vehicle. They used a Thule car topper for their 6 suitcases, and put 2 kids in the rear-facing jump seats in back. Tammy shared, "The border guard checked on the kids in the jump-seats, as they couldn’t believe there were actually seats back there! Several people asked about the rear facing jump seats when they saw all four kids jump out of the car (two from the trunk)."

Tammy pointed out that they found instant connections with other Tesla owners that they met along the way. As they got closer to Disneyland, there were more, larger stations and an abundance of Teslas. "Our kids made it a game – how many Teslas would we see on the trip?", Tammy said.

The Subasic family arrived safely at their destination early Monday morning, just in time to enjoy Disneyland for their daughter's birthday!