WSJ: Chevrolet Bolt Is "A Toaster For An Age When Toast Will Be Weirdly Hip" (w/video) 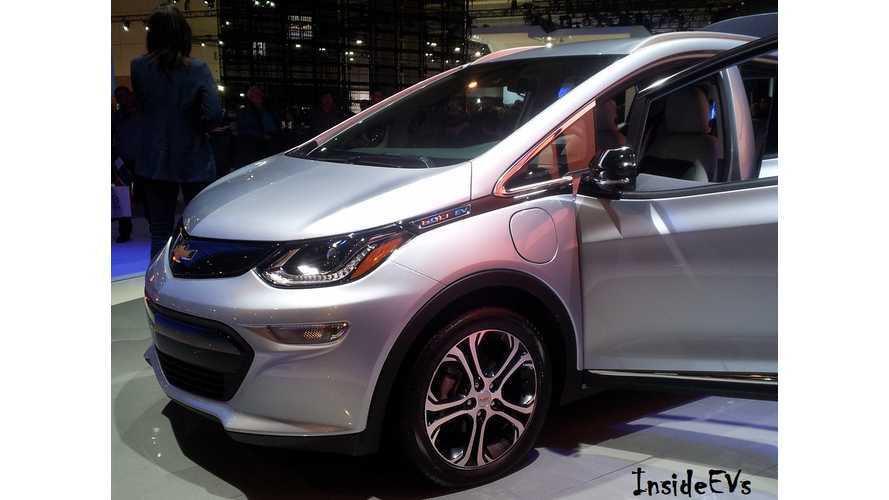 General Motors has grand plans to continue to surge forward in the EV market, regardless of the fact that no one is truly sure how it will look in 10 years.

We can't reliably forecast oil prices, climate change, or public demand ten years from now. The only known fact is that aggressive federal emissions regulations are here to stay. The Obama administration has issued the Corporate Average Fuel Economy (CAFE) requirement of 54.5 mpg by 2025.

GM's answer to this "uncertainty" is the new Bolt EV. The Bolt will be proof that there can be EVs for the masses that are practical and affordable. Bolt will have a range of over 200 miles and a price of $37,500. GM will release the Bolt late this year, a year or more ahead of Tesla's Model 3. Similarly, Tesla boasts 200-plus mile range and a $35,000 price.

Dan Neil of The Wall Street Journal recently spent some time behind the wheel of the Bolt at GM's Tech Center in Warren, Michigan and his takeaway is:

"My pocket review: It’s a toaster, for an age when toast will be weirdly hip."

2017 Chevrolet Bolt In Toronto This Week

"The Bolt is built on the Uncertainty Principle. The significance of Chevrolet’s Bolt is that it marks the final readiness of EVs for the masses. No more measured praises, no more wait-and-see. Whichever way the market goes, the machine is sufficient to the task. You can’t object that the Bolt is too expensive, because it won’t be; you can’t say it doesn’t have enough range, because it certainly will. You can’t say EVs aren’t quick enough, because no one ever said they weren’t quick."

The Bolt's body and chassis are comprised of lightweight steel and aluminum. GM reports that the front passenger volume is 52.2 cubic feet. The doors and cabin openings are very large. Pam Fletcher, GM's Executive Chief Engineer of Electric Vehicles, pointed out that the B-segment vehicle offers D-segment interior space. The battery although small and lightweight (960 lbs.), can hold a healthy charge of 60 kwh.

Battery technology and price drop is the key ingredient to the success of the Bolt and similar vehicles. In 2008, GM was paying $1,000 for a kwh of lithium-ion storage. Currently, that figure is down to $145 per kwh. With LG Chem already leading the industry in battery technology and Tesla's Nevada Gigafactory moving closer to full functionality, those numbers will drop further.

Regardless of the uncertain future, with the reality of (CAFE), automakers would be unwise to not set their sights on electrified vehicles.

More 2017 Chevrolet Bolt EV In TO, Where We Learned First Hand That The EV Will Be The First To Qualify For The Maximum EV Rebate ($14,000) Eligible Under Ontario's New Incentive Plan