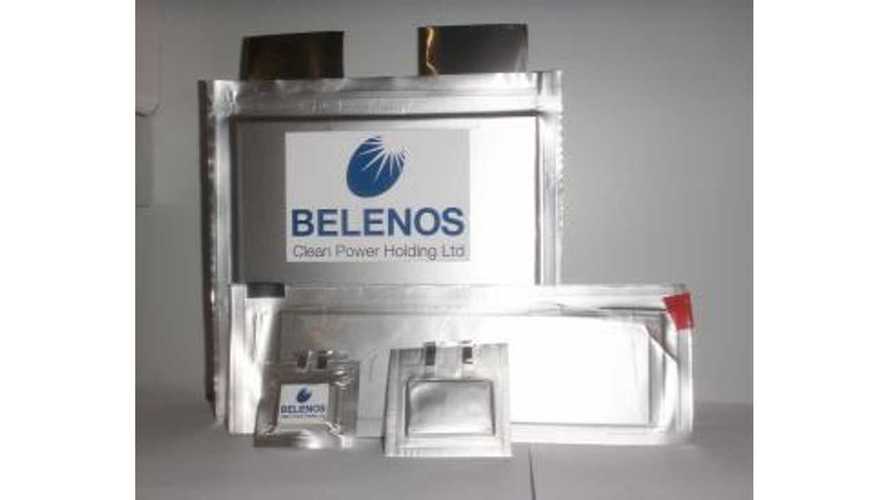 Nicolas G. Hayek knows that the right timing is important

The Belenos Clean Power division was established in 2008 and is engaged in several areas, including fuel cells, batteries and more.

Belenos' claims are pretty bold, because their batteries (developed together with the Swiss Federal Institute of Technology in Zurich) stores more energy than Panasonic and charges faster:

"Companies from China, Korea and Germany have shown interest in the batteries, Hayek said. Belenos makes them using a patented compound containing a metal called vanadium rather than rare raw materials, making them cheaper to produce in mass quantities, Hayek said."

"Belenos can produce a battery that weighs about a third less than the Panasonic pack used in vehicles made by Tesla Motors Inc., Hayek said. Yet a car could run further on the Belenos battery, which charges twice as fast, according to the CEO."

That would double the number of our battery breakthroughs reported this week.

"A considerable effort within Belenos Clean Power is being spent on the development of new battery materials. The N.G. Hayek battery project specifications present a considerable challenge in terms of energy density. A pilot line has been installed for the production of the first Belenos battery cells."

For now, Belenos has about 50 employees and a pilot production line.

Production is to start in June, while batteries for cars could be ready in 2017:

"Swatch will begin production in June through its Renata unit, which makes batteries for timepieces. Initially Renata will produce as many as 200 a day, in various sizes. The technology will be used and tested in e-bikes, drones and electrical scooters in 2016, and it'll be ready for cars from 2017, Hayek said."