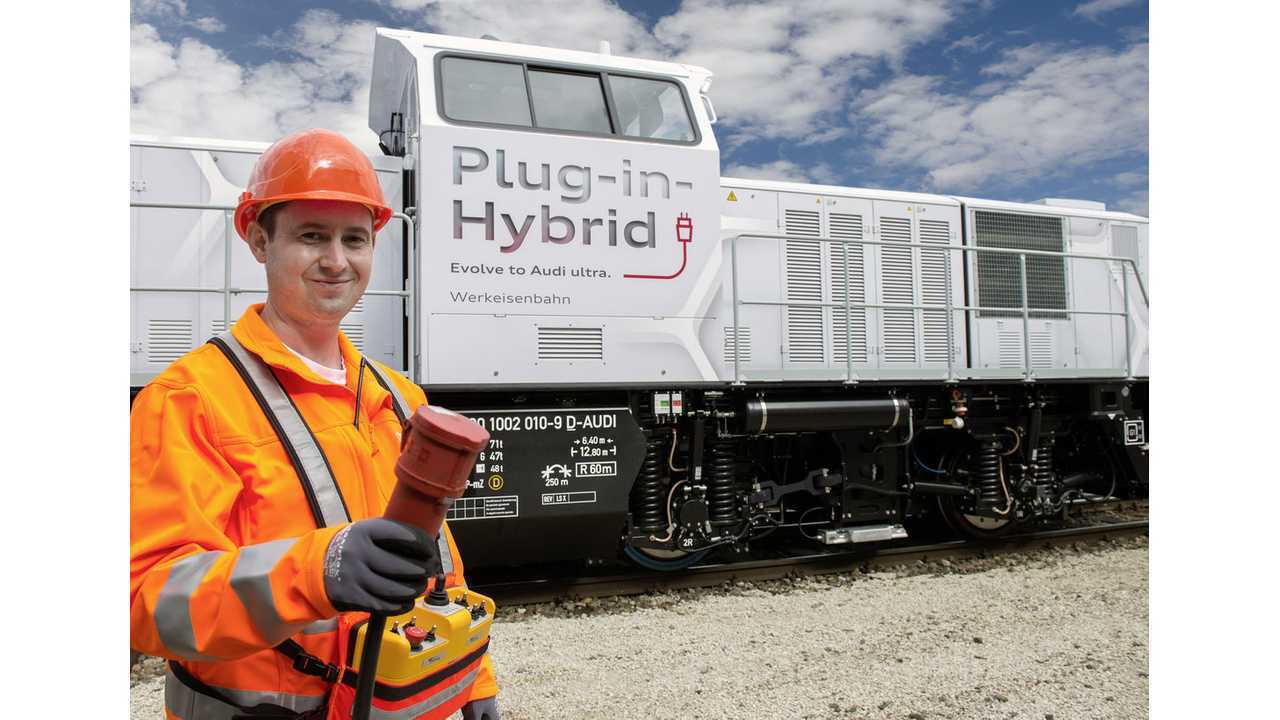 Audi introduced a new plug-in hybrid locomotive for car deliveries from its Ingolstadt plant in Germany.

The 1,000 horsepower locomotive was manufactured by Alstom, and is capable of operating for up to two hours in purely electric mode.

Useful feature is that it can operate in zero emissions mode while inside the plant buildings.

"The complete automobile plant in Ingolstadt includes 18 kilometers of railways. Every day, 15 goods trains arrive at Ingolstadt North railway station for Audi – loaded with pressed parts, engines and transmissions, as well as cars from other Audi sites that are ready for delivery to customers. And cars produced in Ingolstadt also start their journey to customers by rail. 17 Audi locomotive drivers work at the plant railway. One of their tasks is to allocate the wagons to the various plant buildings. One plant locomotive carries out up to 75 shunting maneuvers every day and operates for an average of 3,800 hours each year. The new locomotive runs without any emissions inside the plant buildings and can operate for up to two hours at a time in purely electric mode. Its battery is plugged in during breaks for recharging with CO2‑free electricity, or is supported while in motion by a diesel engine. Hybrid locomotives are significantly quieter and their CO2 emissions are reduced by half compared with conventional locomotives at the plant. This means that the plug‑in‑hybrid locomotive emits up to 60 tons less CO2 each year. For the Ingolstadt plant, this is another stage on the way to the CO2‑neutral factory."