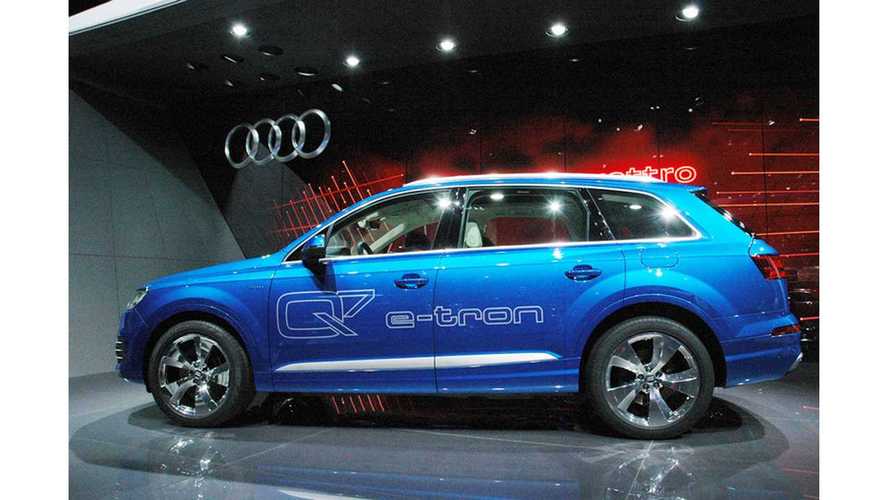 Inside the Audi Q7

The Berlin International Film Festival (Berlinale) is a truly remarkable event. In 2015, its 65th year, over one half-million attendees watched 1,098 screenings of 443 different films.

Oscar winning directors Joel and Ethan Coen opened this year's (66th annual) Berlinale with the new comedy "Hail Caesar!" Having George Clooney along with Berlinale jury president and actress Meryl Streep at the event produced much excitement on the red carpet.

Perhaps an equally impressive premiere were the Audi Q7 e-tron 3.0 TDI quattro and the driverless, piloted Audi A8 L W12!

“The Berlinale is not only one of the film industry’s most important events, it is also an international ambassador for relevant social topics,” said Audi Board Member for Sales and Marketing Dietmar Voggenreiter. “To make the cultural exchange, the cinematic highlights and the ride to the red carpet more electrifying than ever, we brought an electric fleet to Berlin this year."

Stars arrived to this year's event chauffeured in the Q7s, using only electric, emission-free power. Audi has been a partner with the Berlinale since 2014, and has provided a fleet of over 300 vehicles, 100 of which have been hybrids.

The Q7 wasn't Audi's only trick. Daniel Brühl, world-renowned actor and Audi ambassador, arrived in the A8 without a driver! The vehicle safely delivered passengers using landmark orientations, internal maps, and computations.