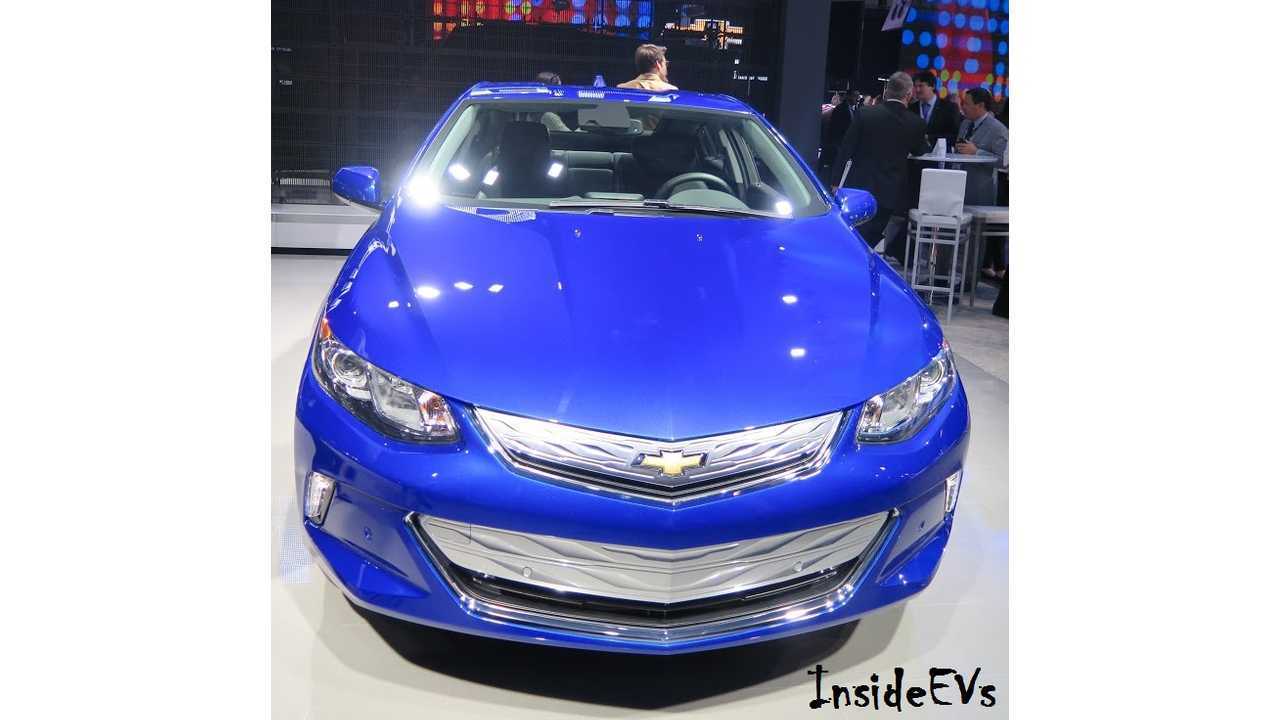 According to an Automobile Magazine story, the 2016 Chevrolet Volt has received its finalized EPA ratings.

The 2016 edition which is expected to start arriving next month in California now has a 53 mile rating - moving up from a previously estimated 50 miles, a figure which Chevy says will enable a lot more all-electric driving than the previous model.

The old mantra of Volt owners being able to drive on just battery power for about 80% of their trips has now been moved up to 90%.

As for mpg, the old estimate of 41 has slightly increased to 42 MPG, while the recently revised 106 combined MPGe figure stays the same.

Those figures represent a significant improvement over the outgoing 2015 Chevy Volt, which is rated at 38 miles of electric-only range, 98 MPGe and 37 MPG.

2016 Chevy Volt Launch Timeline. When Can You Get Yours?

Orders for the 2016 Volt opened a couple of months ago in select markers.  First deliveries are expected in late September or early October.

Update (Aug 3rd 11:50am) : The Automobile article has now been removed/wiped, we assume at GM's request pending an upcoming release from themselves shortly on updated 2016 Chevrolet Volt specs.