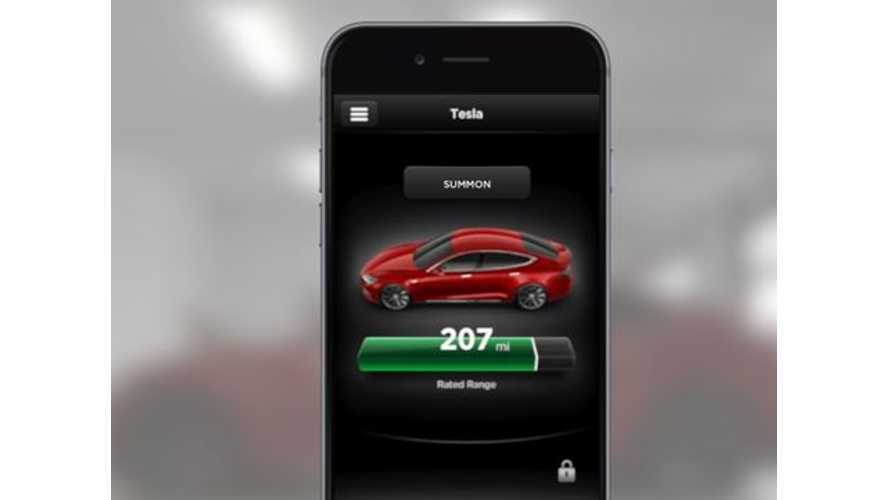 Partially in response to the flaw pointed out by Consumer Reports, Tesla Motors has announced (via its blog) that it will update its Summon mode so that it operates in a more safe manner.

Enhancing Safety and Convenience with Summon

Early this year, Tesla 7.1 software introduced an array of new Autopilot features to further enhance the convenience and safety of the driving experience. While many of these features move the ball forward toward a safer autonomous future, none is more significant than the remote parking technology known as Summon.

Summon addresses three primary goals. First and foremost, Summon addresses a significant safety risk inherent to driver-operated vehicles in tight quarters. When maneuvering a vehicle in these conditions, the significance of driver blind spots grows immensely. Areas immediately in front of, beside, or behind the car that rarely pose a threat in higher-speed operation on a roadway suddenly become home to pedestrians, pets, grocery carts, and clutter, often with disastrous consequences. Between 2008 and 2011, NHTSA estimates that over 900 people were killed and another 52,000 injured by vehicles backing up in the United States alone.

By enabling remote retrieval of Model S or Model X from a parking space, Summon provides the driver with a direct line of sight to the danger zones around it. At the same time, ultrasonic sensors placed around the vehicle proactively guard against any unseen or moving hazards and enable the car to stop upon detection. If at any time during the Summon maneuver the driver decides to stop Model S or Model X, he or she can do so with a simple tap of the app, keyfob, or a door handle. While these additional layers of security will not completely eliminate accidents when using semi-autonomous features like Summon, when used correctly, they can reduce their occurrence relative to conventional driving.

Secondly, Summon significantly improves the convenience of the parking experience, providing access to narrow spaces that would otherwise have been off limits given the difficulty they pose for opening, entering, or exiting a traditional door. In these scenarios, Summon makes the car much more accessible to loading children, passengers, or cargo.

Finally, Summon lays important groundwork for an increasingly autonomous world. One where the convenience and safety of transport vastly exceed what we are used to today. Autopilot began this process on the highways. Summon begins it in your garage. As the technology advances, the complementary capabilities of each will converge.

Tesla is breaking new ground with its autonomous driving features, so it's expected that there will be slight flaws here and there. We're especially thrilled to see Tesla react so quickly to take care of any potential issues that arise from automated driving.