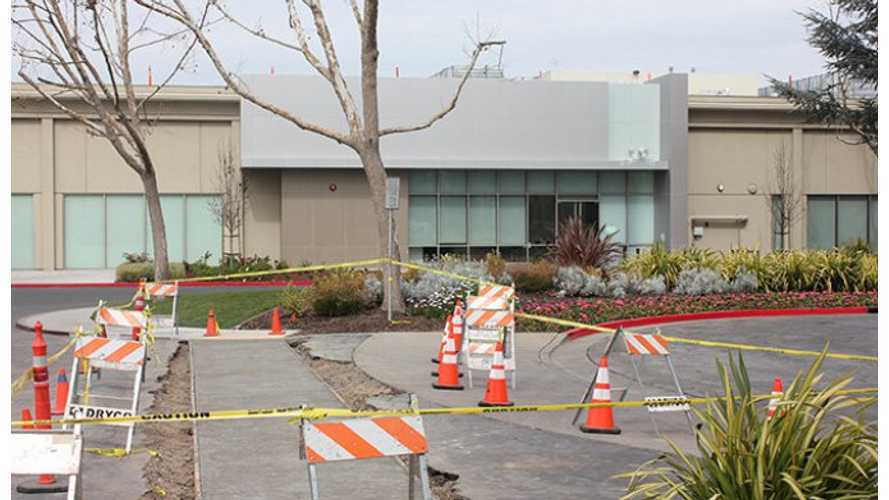 There is inside information that neighbors have complained to the local police about loud sounds coming from Apple’s car manufacturing facility.

The facility is located in Sunnyvale California and occupies 300,000 square feet spread throughout seven office buildings.  Indeed one of the building at street number 175 in known to be registered to an Apple front company called SixtyEight Research.  One building in particular called SG5 is believed to be the headquarters for Project Titan, Apple’s internal name for its car project.

It was known as early as March 2015 that apple was repurposing these facilities for automotive work, but has gone to great lengths to keep activities clandestine including a 10 foot fence they required special approval from local government for “physical security” and “visual privacy”.

In the current report a Sunnyvale resident was quoted as saying:

“(Do) there have to (be) motor noises at 11:00 p.m. at night like last night? Even with the windows closed I could still hear it.”

So it appears Apple is burning the midnight oil to build it’s first automobile.  Most automakers start off building what is known in the industry as mule cars.  these are one off low production vehicles built out of scrap parts to prove out various functions of the eventual cars.

It is likely Apple is at this early mule stage, and these cars even if we could see them past that ten foot fence would have no special design clues that would be expected in the final production version coming in the next 2 to 3 years.

Editor's Note:  Long time readers of InsideEVs (and GM-Volt.com) may recognize the author of this piece, Lyle Dennis.  Well, the good doctor also has a new passion for all things Apple.  Check out his most recent creation - Apple Car Fans when you have a chance.