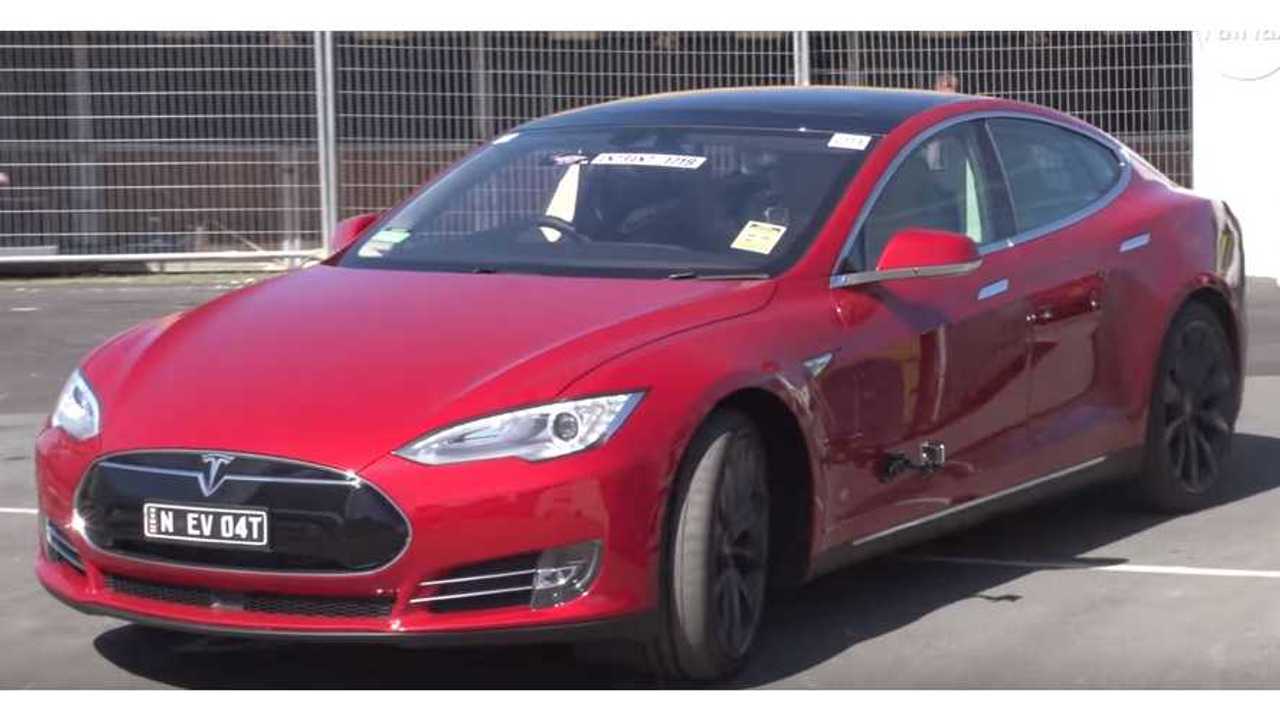 A Tesla at Canberra's Summernats festival?

This is surely a strange sight to see as the event is geared towards super-charged V8s. For the last 29 years, this 4-day event has prided itself on noise, burnouts, and an abundance of smoke.

Fast-forward to this year and we see that Drive entered the Ludicrous Tesla Model S into the "Go to Whoa" competition. Onlookers and security guards seemed puzzled by the unexpected guest appearance.

In the chosen event, the goal is to cover approximately 100 meters of straight asphalt at top speed and then brake precisely at the end, between two lines. After a few failed attempts, the driver pulled off a 6.02-second time, which was the best time recorded by any car that day.

"To see it out on the track today was really good, and a lot of people came over to see just what it sounded like, which is basically nothing. The reaction was really good, people have seen these things on YouTube and now they want to see it in the flesh. They were all videoing themselves and you know that will go out to others on social media. It's an interesting car in a very exciting time in Summernats history. I think to have it here has been really good, and to see what it could do – a six second time on this track is very impressive."